[SatNews] A launch postponement by one day to accommodate a NASA mission...This flexibility sets the Zenit-3SL system apart from other launch service providers.

Launch of the Intelsat 27 communications satellite has been postponed by one day to Thursday, January 31st 22:56 Pacific Standard Time (06:56 UTC, on February 1st) at the opening of the 58-minute launch window. The delay is due to a conflict with NASA resources associated with the use of the Telemetry and Data Relay Satellite Systems (TDRSS) network used by Sea Launch for in flight telemetry tracking. This is due to the rescheduling of the Atlas V / TDRSS-K launch now set for January 30th. 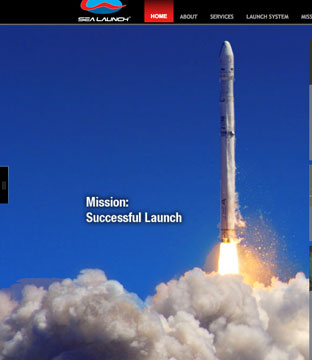 The operational flexibility and capability of the Sea Launch system allowed for the ability to launch one day earlier, on January 29th – one day sooner than originally scheduled – but the TDRSS assets were not available for that date. This inherent flexibility sets the Zenit-3SL system uniquely apart from other launch service providers.

The Sea Launch and Energia Logistics teams have initiated the launch countdown sequence following arrival at its equatorial launch site on January 26th at 17:40 PST (01:40 UTC). Launch operations are now underway at the Equator, at 154 degrees West longitude. The Sea Launch Commander is positioned alongside the Launch Platform Odyssey, with the two vessels periodically connected by a link bridge that facilitates foot traffic between the vessels. A day before liftoff, the Zenit-3SL rocket will be erected on the launch pad for final tests of the launch system and spacecraft, prior to start of the terminal countdown.

During final preparations for liftoff, the platform will be evacuated, with all personnel positioned on the ship, three miles up range from the platform. At launch, the rocket will lift the 6,215-kilogram (13,702 lbs.) spacecraft to geosynchronous transfer orbit, on its way to a final orbital location at 304.5 degrees East longitude.

Based on the Boeing 702MP platform, Intelsat 27 is designed to provide 15 or more years of satellite service. The satellite will support media, mobility and government services for customers in North America, South America, the Atlantic Ocean region and Europe, and includes a UHF communications payload for use in military applications. The launch will mark Intelsat’s completion of the world’s first global broadband mobility platform, which will provide uninterrupted connectivity to customers at sea, on land and in the air.

Sea Launch will carry live coverage of this mission streaming video on the Sea Launch website, beginning approximately 15 minutes before the scheduled launch time, or 22:41 PST (06:41 UTC/GMT, February 1st). The webcast may be viewed at. Details of the spacecraft, its payload, as well as the launch vehicle’s mission profile, launch timelines, groundtrack, injection orbit, launch campaign highlights and mission album images can also be found on the Sea Launch website.