Anticipation is great for the soon-to-be-released two next-generation meteorological satellite systems that will bring weather forecasting accuracy and climate monitoring into a new era, according to the head of Europe’s meteorological satellite agency. The first of the MTG and EPS-SG satellites are scheduled for launch in late 2021 and late 2022 respectively. 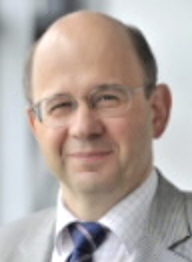 EUMETSAT Director-General Alain Ratier said that these are the most complex and innovative meteorological satellite systems ever built. Having these two systems coming on stream together is a rare, challenging, and exciting time for EUMETSAT.

Representatives from the meteorological and hydrological services in EUMETSAT’s 30 Member States and northern Africa are meeting at the organization's Darmstadt headquarters this week to discuss preparations for the use of data from the new satellite systems.

Deutscher Wetterdienst (DWD) Director of Forecasting Hans-Joachim Koppert said that representatives from national meteorological and hydrological services around Europe and beyond are preparing now for this new era. These satellite systems will enable the NMHS to bring more benefits to citizens in their countries, helping to save lives, property and industries and bringing about a positive economic impact. 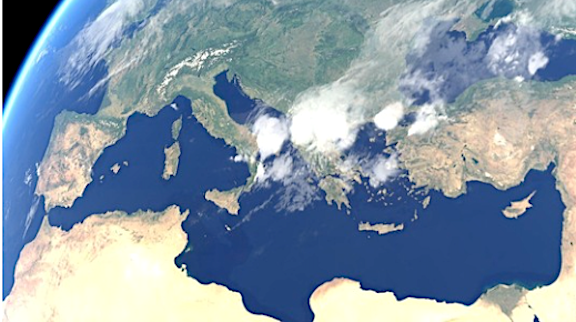 Satellite image of a damaging storm over Europe on July 10, 2019.

Additionally, one of the main challenges facing meteorologists is the rapid detection and forecasting of severe weather events, so that timely warnings can be given to citizenry, civil authorities and first responders. MTG data will be provided to meteorological services such as the DWD faster and in higher resolution than is currently possible, to give just one example of how the next generation systems will help them meet this challenge.

Met Office Head of Satellite Data Products and Systems Dr. Simon Keogh said the MTG mission had massive potential to improve weather and climate services. They intend to leverage MTG data to enhance their forecasting capability and to extend into the future their ability to monitor changes to their environment.

Natasa Strelec Mahovic from the Croatian Meteorological and Hydrological Service (DHMZ) said new and next-generation instruments on the EPS-SG satellites will be the main source of data for complex computer modeling of the weather for forecasts from 12 hours to 10 days in advance. Mahovic continued saying that their experts are eager to work with the new and higher-quality data and to explore the new possibilities from assimilating the data from the new and next-generation instruments on EPS-SG.