McMurdo To The Rescue ...Selected By EC For Next Gen S+R Distress Beacons Contract Valued @ €2.4 million 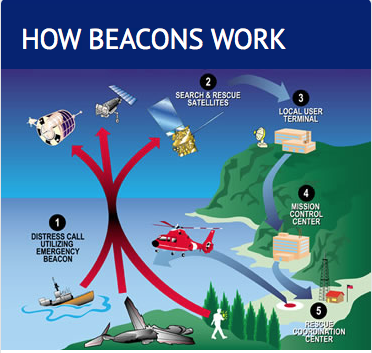 [Satnews] McMurdo, known for emergency readiness and response, which is a division of Orolia (NYSE Alternext Paris – FR0010501015 – ALORO), has been selected by the European Commission (EC) to lead the development of next-generation search and rescue distress beacons under the Horizon 2020 Research and Innovation Program’s HELIOS project.

Horizon 2020 is the European Union’s largest Research and Innovation program providing nearly €80 billion of funding from 2014 to 2020 to create more breakthroughs, discoveries and world-firsts by taking great ideas from the lab to the market. The HELIOS project is expected to receive a development budget of €3.5 million initially with a possible increase to €5.5 million.

As project coordinator, McMurdo will receive nearly €2.4 million of the total HELIOS development budget over the next three years.  The award, which is expected to be finalized on December 1, will be used to create several innovative aviation, maritime and outdoor search and rescue products that are based on proven satellite-based distress beacon technology. Several of the life-saving improvements expected to be implemented include near-instantaneous alert detection, pinpoint location positioning and remote acknowledgement and activation of distress beacon signals.

“Being selected to lead this major next generation development firmly establishes McMurdo as a leader in satellite-aided search and rescue and fortifies our efforts to increase awareness, foster innovation and drive the standardization of these systems worldwide,” said Jean-Yves Courtois, CEO of McMurdo’s parent company Orolia. “With today’s announcement, our aim is to leverage the expertise of our consortium partners to build comprehensive, mission critical search and rescue solutions that will, ultimately, save more lives across the globe.  We thank the European Commission for having the confidence in McMurdo to lead search and rescue into the future.”

Under McMurdo’s guidance, the HELIOS consortium will be tasked with delivering a number of solutions utilizing MEOSAR, the next-generation Cospas-Sarsat satellite-based search and rescue system.  MEOSAR is expected to streamline search and rescue efforts by accurately detecting and locating a distress beacon signal almost instantaneously instead of taking up to hours in the worst case today.  MEOSAR is currently being deployed worldwide and uses the European Galileo global navigation satellite system satellite as one of its primary satellite constellations.