[SatNews] ...based around ultra cold atoms cooled with lasers to temperatures a billion times colder than outer space. 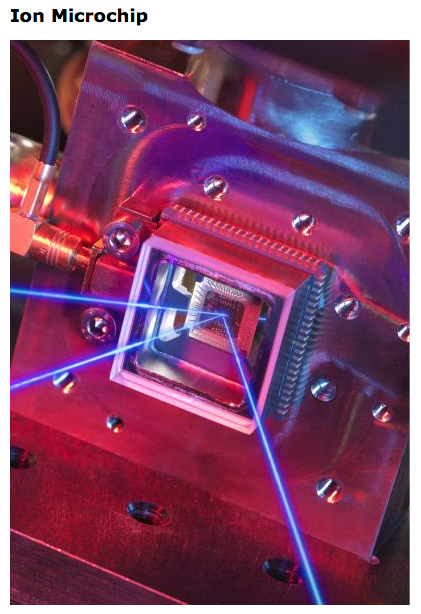 Thursday 15th May 2014, Teddington: The Ministry of Defence's (MOD) Defence Science and Technology Laboratory (Dstl) will today present a number of  research projects to bring to market the science behind the world's most accurate atomic clocks. The Quantum Timing, Navigation and Sensing Showcase at the National Physical Laboratory in Teddington aims to accelerate the exploitation of quantum mechanics for highly accurate time keeping and advanced, GPS-independent navigation within the UK defence sector and wider industry. MoD's Defence Science and Technology Laboratory suggests the potential monetary return could be a  '£billion global market' in quantum technologies for timing, navigation and sensing.

The projects showcased at the conference include the development of the world's first portable optical clock at the University of Birmingham. The suitcase sized system uses laser light, rather than the microwave radiation utilized in traditional atomic clocks, to offer up to 100 times more precise time-keeping. There will also be presentations on a table-top atom interferometer to provide ultra-precise, highly reliable positional data for submarines at depth, and the use of hollow core fiber in compact, low-power atomic clocks for use in the telecoms and energy sectors.

The Rt Hon David Willetts MP, Universities and Science Minister said: "The UK continues to be a world leader academically in a wide range of areas. That strength will bring great benefits to society, as well as providing clear wealth creation opportunities for the UK. Quantum technologies have great potential to lead to profound benefits in many sectors including healthcare, communications and security. The UK has some world-class capabilities in this field. In recognition of the importance of quantum technologies, the Chancellor announced new investment of £270m over the next five years at the 2013 Autumn Statement to accelerate the translation of leading quantum science into new products and services."

"Among many promising areas, quantum technologies may bring game-changing advantages to future timing, sensing and navigation capabilities that could support multi-billion pound markets in the UK and globally. Much of what will be covered today is at an early stage of development. Scientists need the freedom to explore the most exciting research directions, and we also need to be on the lookout for early commercialization opportunities. Today's event presents an outstanding opportunity to enhance collaboration between industry, academia and government, to provide a springboard for exploitation of the benefits of quantum technologies. I am sure that today's event will stimulate progress, and I look forward to seeing further momentum in this important area."

The exploitation of quantum mechanics that underpins the laws of nature at the smallest length scales has already given the world a wealth of new technologies including semiconductors, microprocessors, lasers, nuclear energy, thermal imagers and digital cameras. The second 'quantum revolution' in the field of Timing, Navigation and Sensing (TNS) is based around ultra cold atoms cooled with lasers to temperatures a billion times colder than outer space. At their lowest energies the atoms become coldest known bodies in the universe.

These slow moving, low energy atoms are extremely sensitive to changes in the local magnetic and gravitational field. Their lack of movement also makes them ideal for atomic clocks which utilize the ultra-regular absorption and release of radiation by their electrons during energy shifts as a highly accurate pendulum. Current atomic clocks are reliable to one second every billion years, with this limit created by the occasional collision of atoms within the clock. However laser cooling the atoms until they are near stationary significantly reduces this effect.

In addition they exhibit strange quantum phenomenon such as entanglement that links two physically separated quantum systems. If these two quantum systems go through slightly different environments, combining them gives information about the environment of one path verses the other. Such atom interferometers can in theory provide orders of magnitude better performance than conventional technologies such as GPS which also cannot be used underwater or indoors and is vulnerable to being blocked either by illegal jamming devices or solar weather activity. As a result industries reliant on GPS, including those involved in high frequency trading, network synchronisation and navigation in the maritime, air and land environment could stand to benefit from a more precise and robust alternative which can also be used where GPS is not available. At the same time the new levels of precision could see the development of theoretical tools such as telescopes for high precision gravity measurements with potential applications in environmental sensing, engineering surveying or natural resource mining. 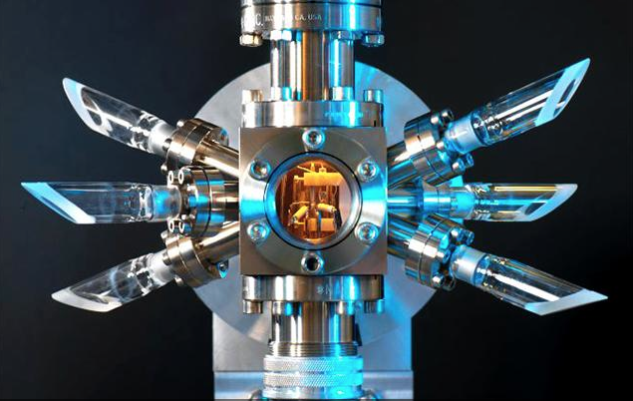 At present, however, the use of ultra cold atoms for quantum TNS technologies is limited to the laboratory and held back from wider adoption by the impractical size and cost of the instruments required. As a result the projects presented at today's Showcase are not only focused on pushing past classical physical limits towards optimal performance, but are also investigating miniaturization procedures and the potential use of new materials to reduce costs and increase their practicality for industry.

Neil Stansfield, Head of Knowledge, Innovation, and Futures Enterprise at Dstl said: "The defense industry often acts as a pioneer in the development of new technologies and the potential benefits of a future in which we can navigate by inner space rather than outer space will impact both the military and civilian world. Quantum TNS technologies could bring game-changing advantages to the UK defense sector and support markets measured in £Billions, here in the UK and around the world. Whilst there are some significant obstacles, it's exciting to see how well-placed the UK is on the global stage to address the significant technical and systematic challenges that remain in commercializing quantum technologies and accelerating exploitation.

Bob Cockshott, Positioning, Navigation and Timing expert at NPL said: "Whilst the most immediate applications are in the defense field, future Q-Nav technologies could also have significant civilian applications across a wide variety of activities, covering high frequency trading, network synchronization, robust and ubiquitous navigation, geo-surveying and mineral prospecting. Our hope is that today's showcase will inspire electronics designers and manufacturers across the country to take advantage of the opportunities on offer and establish leading positions for themselves within important future supply chains for the coming decades. As with the technology itself, the timing of today's event is significant. With the first applications potentially ready for market in five years, now is the critical moment time to consider the opportunities provided by quantum."

The projects presented include the development of: