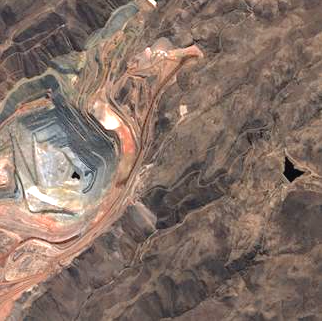 Good news all the way around. First this satellite was built in a record amount of time, less than 24 months, and since its launch on September 16 from Kourou it is now in its operational orbit. Additionally, PerúSAT-1 is now providing its first images for the Peruvian Space Agency.

Constructed in a record time of less than 24 months, PerúSAT-1 is currently the most powerful Earth observation satellite in the Latin American region. The result of a bilateral agreement between Peru and France, PerúSAT-1 gives Peru a sovereign capability and will play a key role in bringing the benefits of space to its society. 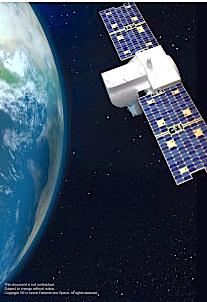 Nicolas Chamussy, Head of Space Systems said, “We constructed PerúSAT-1 in a record time of less than 24 months and now, after having completed the orbital maneuvers to reach its operational orbit at an altitude of 695 km, it has delivered its first image for the Peruvian Space Agency (CONIDA). I would like to thank all the teams for their efforts in achieving this latest milestone.”

Airbus Defence and Space produced PerúSAT-1, an Earth observation satellite that is based on the  flexible, compact AstroBus-S platform, features a state-of-the-art silicon carbide optical instrument system with 70 cm resolution.

PerúSAT-1 will collect images for use in agriculture, urban planning, border control and drug trafficking, and will support the management of humanitarian aid and the evaluation of natural disasters, among other applications.

From now until the end of the year, exhaustive in-orbit tests will be carried out from the CNOIS control centre (Centro Nacional de Operaciones de Imágenes Satelitales) built by Airbus Defence and Space, in Pucusana, south of Lima to ensure that all subsystems are operating properly. PerúSAT-1 satellite system will then be commissioned and handed over to the fully trained Peruvian engineers and technicians of the customer CONIDA.