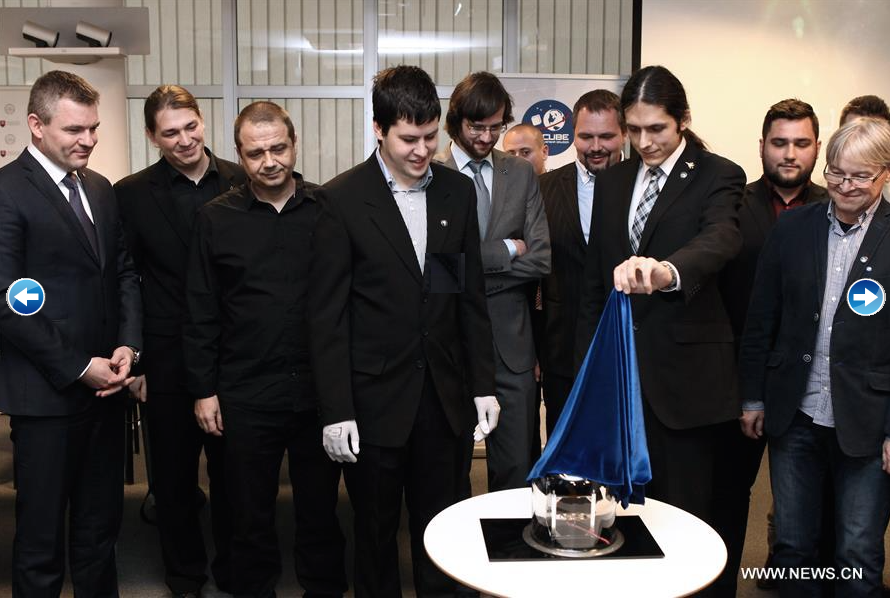 [Satnews] There was an unveiling of a first cube satellite.

Guests are shown unveiling the flight specimen of the first Slovak satellite skCUBE, designed and built by slovak engineers and scientists, in the slovak center of scientific and technical information in Bratislava, Slovakia, on January 7, 2016.

SmallSat Symposium Set For February of 2016

For a thorough immersion in the smallsat market segment, consider attending the upcoming, two-day and extremely important SmallSat Symposium. This highly informative symposium will be conducted on Tuesday, February 23, and Wednesday, February 24, 2016. The event will occur at the Hogan Lovells Conference Center in Silicon Valley, California, and is organized and sponsored by Satnews Publishers.

For further details and to register, please visit http://www.smallsatshow.com/?page_id=18