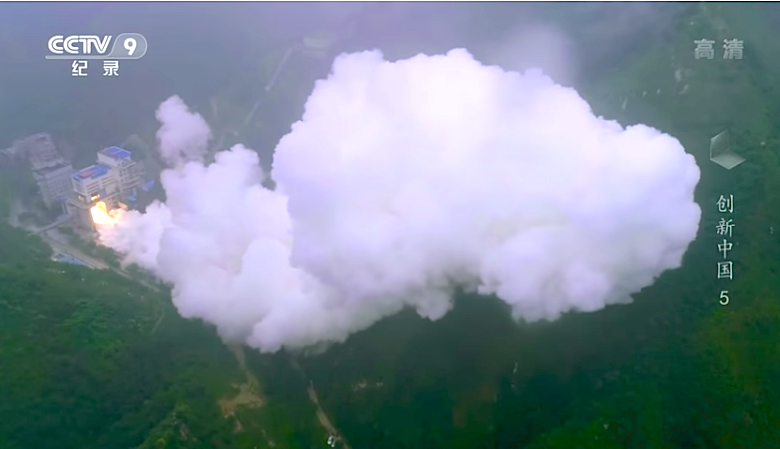 A YF-100 rocket engine test at a site near Xi'an, Shaanxi Province. Framegrab/CCTV9

China has successfully performed a hot-fire test of the engine for the core of the Long March 5, the country's largest launch vehicle, ahead of a return-to-flight and a range of subsequent major upcoming missions.

The test of the YF-77 rocket engine took place in a ravine near Xi'an in Shaanxi Province at a site belonging to the Academy of Aerospace Propulsion Technology (AAPT), an institute under CASC, the main contractor for the Chinese space programme.

The YF-77 is China's most powerful rocket engine, burning liquid hydrogen fuel and liquid oxygen oxidiser to provide 510 kN (110,000 lbf) of thrust at sea level. A pair of these engines power the core stage of the Long March 5.

The Long March 5 heavy-lift rocket successfully debuted in late 2016 but failed to reach orbit with its second flight, in July.

Following an investigation into the launch failure, it has been announced that the next launch is being planned for the second half of 2018 from the specially built Wenchang Space Launch Centre on the island province of Hainan, at 19 degrees North. 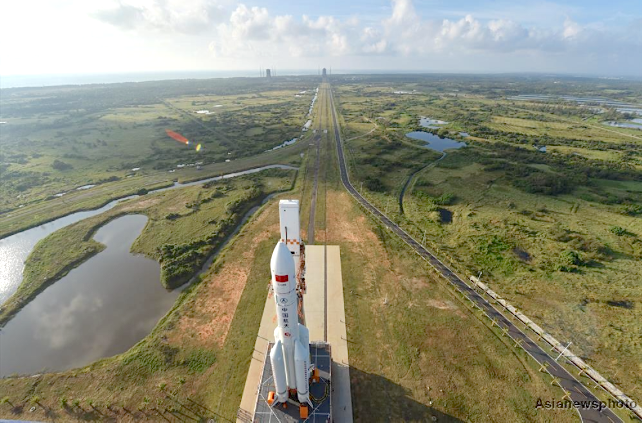 The first Long March 5 rocket being rolled out for launch at Wenchang in late October 2016. Su Dong China Daily

No causes of the failure, which some observers pin to an underperformance of the first stage brought on by an engine issue, have been publicly revealed, and thus no indication as to whether the issue was related to design or a manufacturing problem.

The July launch failure led to a delay of the ambitious Chang'e-5 lunar sample return mission, which was due to launch in November.

The timing of that mission now depends on a successful return-to-flight for the Long March 5.

If these flights are successful, the first, core module of the CSS, named Tianhe, could launch in the second half of 2019.

The Long March 5 will also be required to launch China's first independent interplanetary mission — to Mars — in summer 2020.

by Andrew Jones, from gbTimes