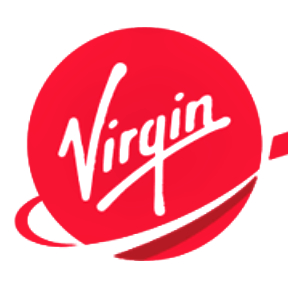 Virgin Orbit has announced a new partnership with Oita Prefecture to bring horizontal launch to Japan.

With the support of regional partners ANA Holdings Inc. and the Space Port Japan Association, Virgin Orbit has identified Oita Airport as its preferred pilot launch site — yet another addition to the company’s growing global network of horizontal launch sites — in pursuit of a mission to space from Japan as early as 2022.

Virgin Orbit and Oita Prefecture have agreed to commence a joint technical study to facilitate development of the future spaceport.

Oita Prefecture is widely recognized in Japan as not only a top-ranked tourist destination, but also as a hub for numerous high-tech ecosystems, including the steel, petrochemical, semiconductor, and automobile industries. The Oita Prefectural Government now has ambitions to extend that leadership into the space domain.

LauncherOne, Virgin Orbit’s uniquely mobile launch system, will leverage sites around the world like Oita to provide flexible and responsive flights to space for a broad variety of customers. Most recently, the UK Space Agency announced a multi-million dollar grant to facilitate horizontal launches from Spaceport Cornwall. In April of 2019, Virgin Orbit revealed that it would also conduct launches from Andersen Air Force Base on the Pacific island of Guam — Virgin Orbit is also working closely with multiple governments and international organizations interested in establishing launch capabilities closer to home.

After successfully demonstrating all major vehicle assemblies and completing an extensive flight test program, the Virgin Orbit team is in the midst of final preparations for an orbital launch demonstration expected soon.

Katsusada Hirose, Governor for the Oita Prefectural Government, said, “We are eager to host the first horizontal takeoff and landing spaceport in Japan. We are also honored to be able to collaborate with brave technology companies solving global-level problems through their small satellites. We hope to foster a cluster of space industry in our prefecture, starting with our collaboration with Virgin Orbit.”

Dan Hart, the CEO for Virgin Orbit, said the global use of smaller satellites and related launch activities are expected to ramp up rapidly in the coming years, a flexible domestic launch capability becomes a crucial factor. It’s a key element in ensuring the availability and responsiveness of launch — a core enabler for the growing space economy. As Japan looks to establish a regional launch hub for Asia,
Virgin Orbit is excited to work alongside Oita to enable launch operations for space ventures, stimulate the local economy, and facilitate the growth of Japan’s broader space ecosystem.