The two Proxima satellites are the first of a fleet of small, low-cost satellites that will provide internet connectivity for millions of sensor devices based in remote locations on Earth. These satellites have been added to the manifest for Rocket Lab’s upcoming mission, ‘It’s Business Time,’ scheduled for launch in November from Rocket Lab’s Launch Complex-1 on New Zealand’s Mahia Peninsula. The payloads were manifested quickly, with just weeks passing between signing the agreement and the satellites completing integration for launch next month. This rapid manifesting process is crucial to small satellite customers, offering flexible and frequent launch opportunities. 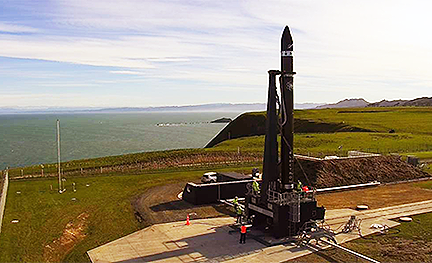 The Proxima I and II satellites are a pair of identical 1.5 U cubesats designed and built by Fleet. The satellites will mark the first commercial tests of Fleet’s software-defined radios, enabling it to transmit data efficiently across both S- and L-band frequencies in space. The satellites will ultimately help form the beginning of a constellation of more than 100 smallsats that, together, will act as a dedicated IoT space network for enterprises across the world.

The Australian Communications and Media Authority (ACMA) has licensed Fleet to perform satellite telemetry, tracking, and command, and payload data reception across S-band and L-band frequencies. The launches of Proxima I and II also allows Fleet to test longwave and shortwave band frequencies. The pathfinding payloads on Proxima I and II are scheduled to launch in advance of Fleet’s larger Centauri satellites, which are set to be launched aboard other launch vehicles in late 2018. 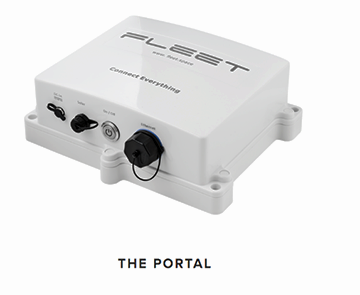 The Portal from Fleet Space.

When combined with Fleet's ground terminal, the Portal, Fleet’s constellation will enable satellite connectivity in remote industries where cellular networks are not present. The Portal enables businesses to connect up to a thousand devices to private, secure Low Power Wide Area Networks anywhere around the world, at a fraction of the cost of traditional satellite systems.

Unlike other IoT gateways, the Portal goes beyond simple data collection and uses embedded edge computing-based software to analyze and select key, targeted data for secure transmission over an array of satellite service options, including Fleet’s own satellites.  This revolutionary approach means the use of IoT in remote industries is now achievable, enabling data-driven decisions that improve productivity and efficiency across a range of industries, including mining, logistics and agriculture.

Rocket Lab Chief Executive, Peter Beck, said Fleet Space Technologies is one of the key leaders in Australia’s emerging commercial space industry and that the company is thrilled to add Fleet’s Proxima satellites to the It’s Business Time manifest. Fleet’s planned constellation of more than 100 satellites will enable greater connectivity across the globe and provide better access to data about our planet. Beck added that Rocket Lab is proud to offer a rapid and agile approach to launching small satellites — one that sees customers such as Fleet join a manifest and be integrated into the Electron vehicle ready for launch in just weeks, not months or years. This approach supports commercial companies and governments alike to rapidly deploy space-based assets and get them operational faster.

Fleet Space Technologies Chief Executive, Flavia Tata Nardini, who founded Fleet to enable a more efficient world through connectivity, said the rapid manifesting and integration time is a key attraction to Rocket Lab’s Electron launch vehicle. The company decided to build and launch two more satellites over the past few months and Rocket Lab has moved at the speed of light to incorporate them in this mission, assist the firm with licensing and complete integration in record time. Fleet will be in space less than few months after making the decision to join the mission. This rapid turnaround time is what the space industry really needs now. To see the company's first commercial cubesats launched is an incredibly important milestone for Fleet as a business, and it sets the firm on the path to achieving the goal of connecting Australia, and the world, in ways like never before.