NASA a Golden Anniversary Tracking Satellites w/Laser Technology... What Was Good Then Is Even Better Now


[SatNews] The first demonstration of a functioning laser—which used a ruby crystal to produce a red beam...

The landmark experiments were conducted at NASA’s Goddard Space Flight Center in Greenbelt, Maryland, and the results publicized on November 13, 1964. Before the end of the decade, the technique had gone international, with five stations in the U.S. and France equipped for laser ranging. These days, more than 40 stations are in operation, located on every continent except Antarctica.

“Today, we talk about accuracies of millimeters instead,” said John Degnan, a former Goddard researcher who is now Chief Scientist at Sigma Space Corporation. Degnan has been involved in satellite laser ranging since the earliest Goddard experiments, which were led by Henry H. Plotkin.

When this line of research began, lasers were quite new. The first demonstration of a functioning laser—which used a ruby crystal to produce a red beam—had taken place just four years earlier. In the mid-1960s, some publications were still writing LASER entirely in uppercase letters, indicating its status as an acronym for “light amplification by stimulated emission of radiation.” 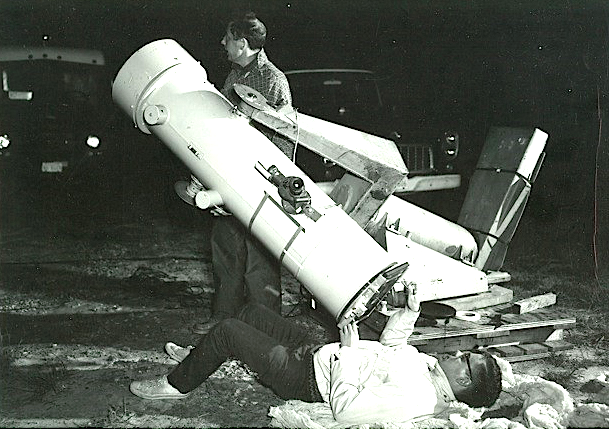 Plotkin’s team worked with a ruby laser that was part of the first Goddard system, called GODLAS for “Goddard laser.” For the tracking experiments, GODLAS was located at a facility then known as the Goddard Optical Research Facility, now named the Goddard Geophysical and Astronomical Observatory. The laser and receive telescope were mounted on a Nike-Ajax missile tracking mount, which was appropriated from a radar setup. Aiming the laser required two operators seated on the mount, each of whom had a boresight telescope to observe the sunlit satellite and a joystick to center the crosshairs—one for elevation pointing and one for azimuth (left–right) pointing.

The laser was fired at Explorer 22, a small satellite that made global measurements of charged particles in the ionosphere, the upper layer of Earth’s atmosphere. Explorer 22, also known as Beacon Explorer B, was the first orbiting satellite to be equipped with reflectors specifically designed for laser tracking. The spacecraft was topped with nine panels, each bearing 40 reflectors, known as “cube corners” because each one is essentially a three-sided corner of a glass cube. This design reflects incoming laser light back to the point of origin. Multiple reflectors were used to provide a stronger laser signal coming back from the satellite.

The return laser pulse was focused by the telescope onto a simple light detector, called a photomultiplier tube. The photomultiplier’s signal was fed into an oscilloscope, and the researchers confirmed their initial success—achieved on the night of October 31, 1964—by watching a few short pulses appear on the oscilloscope’s display.

In the following weeks, the quality of the data improved enough to determine the range to the satellite. That distance was calculated from the amount of time it took the laser pulse to make its round-trip. NASA’s announcement reported an official distance of 600 miles (roughly 966 kilometers), a measurement accurate to within 10 feet (3 meters). 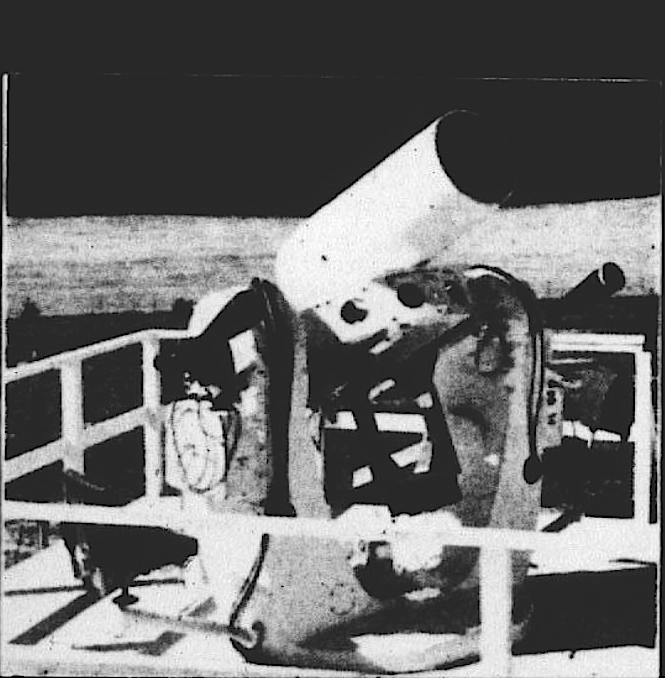 The first successful tracking of a satellite using a laser was achieved at NASA’s Goddard Space Flight Center in 1964 with the system called GODLAS, short for “Goddard laser.” Image Credit: Courtesy of John Degnan

By the time Beacon Explorer C launched in April 1965, the laser ranging measurements were becoming almost routine. “Within days we were making hundreds of range measurements per orbit,” recalled Plotkin in a recent 50th-anniversary talk. “We built a laser tracking station into a mobile trailer so we could move it to radio tracking stations to help in their calibration.”

Beacon Explorer C is still being tracked these days.

Many of the technique’s far-reaching applications were envisioned right from the start. In news stories at the time, Plotkin predicted that the perfected technique could eventually be used to “furnish information about the shape of the Earth, or for communicating between earth and space vehicles.”

Since then, satellite laser ranging has proven crucial for generating detailed models of Earth’s gravity field, including the location of the center of mass and the overall shape of the planet. The data are also used to help map changes in sea level and ice mass, and the technique has been instrumental in studies of the motions of Earth’s tectonic plates.

Plotkin’s predictions for ranging beyond Earth also have been realized. Laser ranging from Earth to the moon has been taking place since 1969, when a panel of 100 retroreflectors was placed on the lunar surface by the Apollo 11 astronauts. By 2005, Goddard scientists had successfully exchanged laser pulses with the MESSENGER spacecraft en route to Mercury and measured the distance of 15.1 million miles (24.3 million kilometers) with a precision of less than 8 inches (20 centimeters). Three months later, laser pulses transmitted from Earth were successfully detected by a Mars-orbiting spacecraft over a distance of 49.7 million miles (80 million kilometers). And since 2009, NASA’s Lunar Reconnaissance Orbiter has successfully recorded laser pulses transmitted by Goddard’s Next Generation Satellite Laser Ranging System and other global stations.

For more information about space geodesy.

For more information about the International Laser Ranging Service, visit.