Tropical Cyclone Idai barreled down on Mozambique on March 14, 2019 - leaving a path of destruction in its wake and triggering devastating floods. 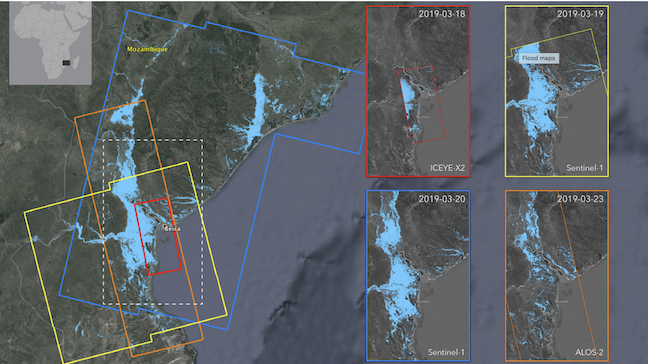 NASA's Advanced Rapid Imaging and Analysis (ARIA) team combined images from several Earth-observing satellites to create flood proxy maps that show the progression of the post-cyclone flooding from March 18, 2019, through March 23, 2019. The spread of flooding is evident in the blue pixels that increase through the several-day period.

Although the data may be less reliable over urban and vegetated areas, these flood proxy maps can be used as guidance by first responders, aid providers and others to identify the most impacted areas.