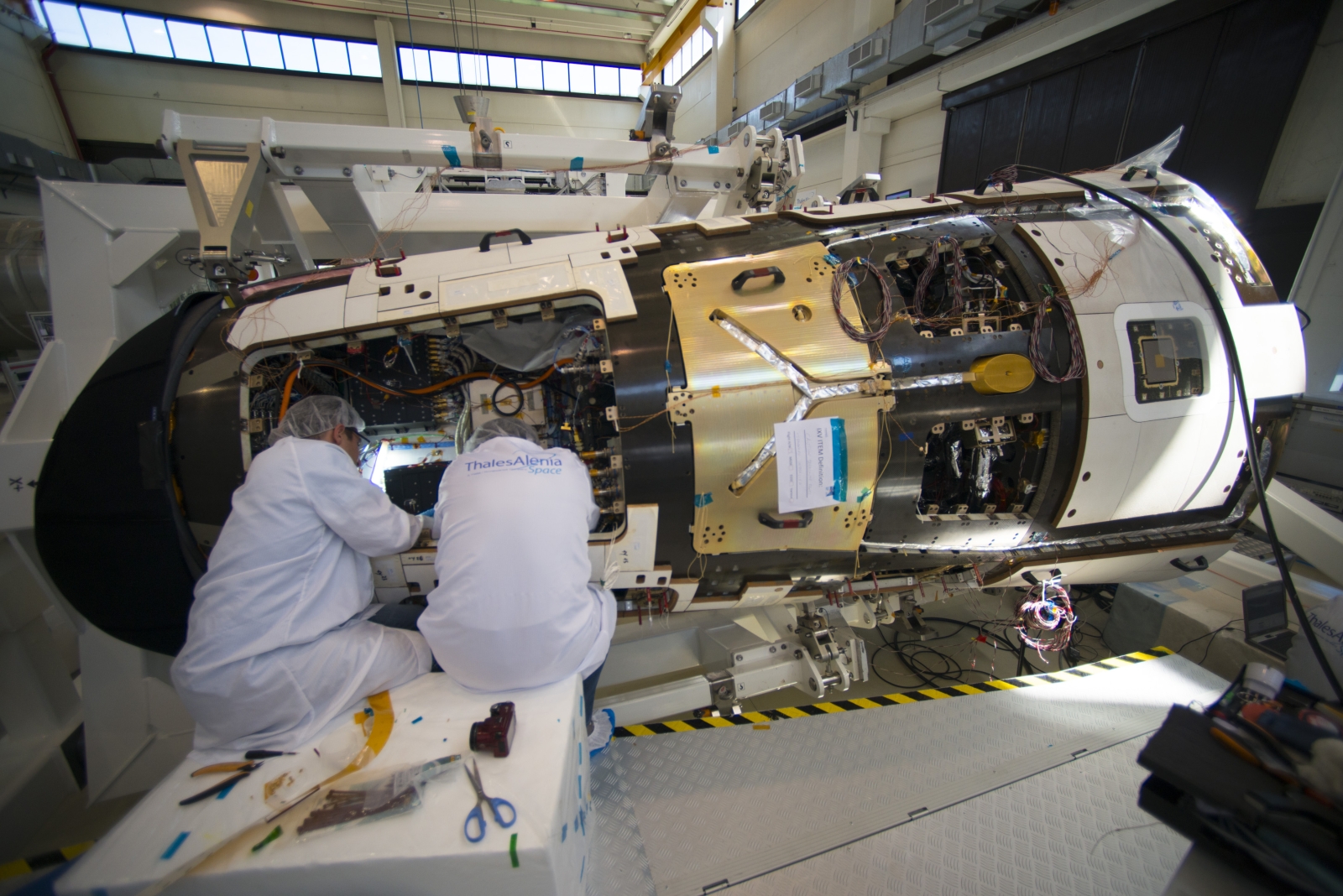 Thales Alenia Space is the prime contractor, heading a consortium of partners from European industry, research centers and universities. Italy’s significant participation in the project is strongly supported by the Italian Space Agency ASI.

The IXV separated from the launcher at an altitude of 320 kilometers, continuing its ascent until reaching an altitude of 412 kilometers. It then began the reentry phase, during which experimental data was acquired via the instruments on the vehicle. The IXV reached a speed during its atmospheric reentry of approximately 7.5 km/sec at an altitude of 120 km, typical of a reentry from low Earth orbit, similar of those of the International Space Station.

The mission lasted a total of 1 hour and 40 minutes. It ended with the parachute descent, then a splashdown in the Pacific Ocean, where the IXV was immediately recovered by a specially equipped ship.

“The success of this mission is a source of great pride for us," said Elisio Prette, President and CEO of Thales Alenia Space Italia. "Thanks to the data collected during the flight, we are paving the way for the development of new-generation reentry vehicles in Europe, and our company, which designed and built the IXV, is now the European benchmark in this sector. Thales Alenia Space will further develop its expertise via the European program PRIDE, approved at the Ministerial Conference in December 2014, marking another significant step forward in the general understanding of enabling technologies for reentry systems.”

IXV offers excellent aerodynamic properties because of the shape of its fuselage, which maximizes lift and maneuverability. It is equipped with a high-performance guidance, navigation and control system that uses automatically controlled aerodynamic surfaces during the atmospheric reentry phase. It is also protected by a heat shield designed to stand up to the extremely high temperatures of an atmospheric reentry.

At the ALTEC Mission Control Center in Turin, specialized technicians followed the mission in real time, coordinating the ground stations during IXV's flight and the naval recovery operations after splashdown.