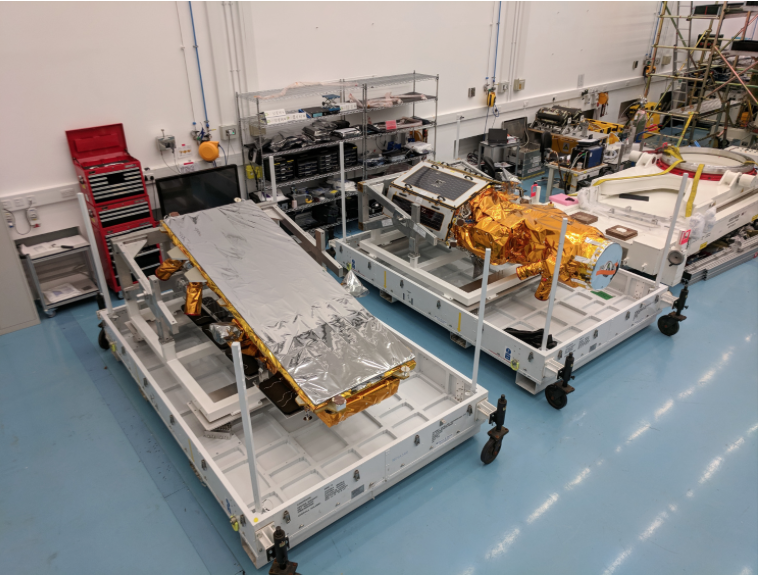 And the small satellite parade continues with the announcement coming from Surrey Satellite Technology Ltd (SSTL) which has signed an agreement with Antrix Corporation Limited, the commercial arm of the Indian Space Research Organisation (ISRO), for the launch into a 580km sun-synchronous orbit of NovaSAR-1, a small Synthetic Aperture Radar (SAR) satellite, and SSTL S1-4, a high resolution Earth observation satellite.  The two satellites will launch on PSLV-C42, due to lift-off in September 2018.

NovaSAR-1 is a technology demonstration satellite mission designed to test the capabilities of a new low cost S-Band SAR platform.  The spacecraft was designed and manufactured by SSTL, with an S-Band SAR payload developed by Airbus Defence and Space in Portsmouth, and an Automatic Identification Receiver (AIS) receiver supplied by ComDev to track ships at sea.  NovaSAR-1 will be operated from SSTL’s Spacecraft Operations Centre in Guildford, UK.

The UK Space Agency has invested £21M in the development of NovaSAR-1 and will benefit from access to data from the spacecraft, significantly boosting the UK’s sovereign Earth observation capabilities and leveraging additional inward investment to the UK by creating highly skilled jobs in the UK space industry, and stimulating the growth of data analysis services.

Also on the PSLV-C42 launch will be the SSTL S1-4, a sub-one meter resolution Earth observation satellite with a mass of 440kg that will further enhance SSTL’s existing in-orbit observation capabilities.