GPS Up Close and Personal ... Joe Bauman: Bugs in the System and a Scorpion in a Jeep 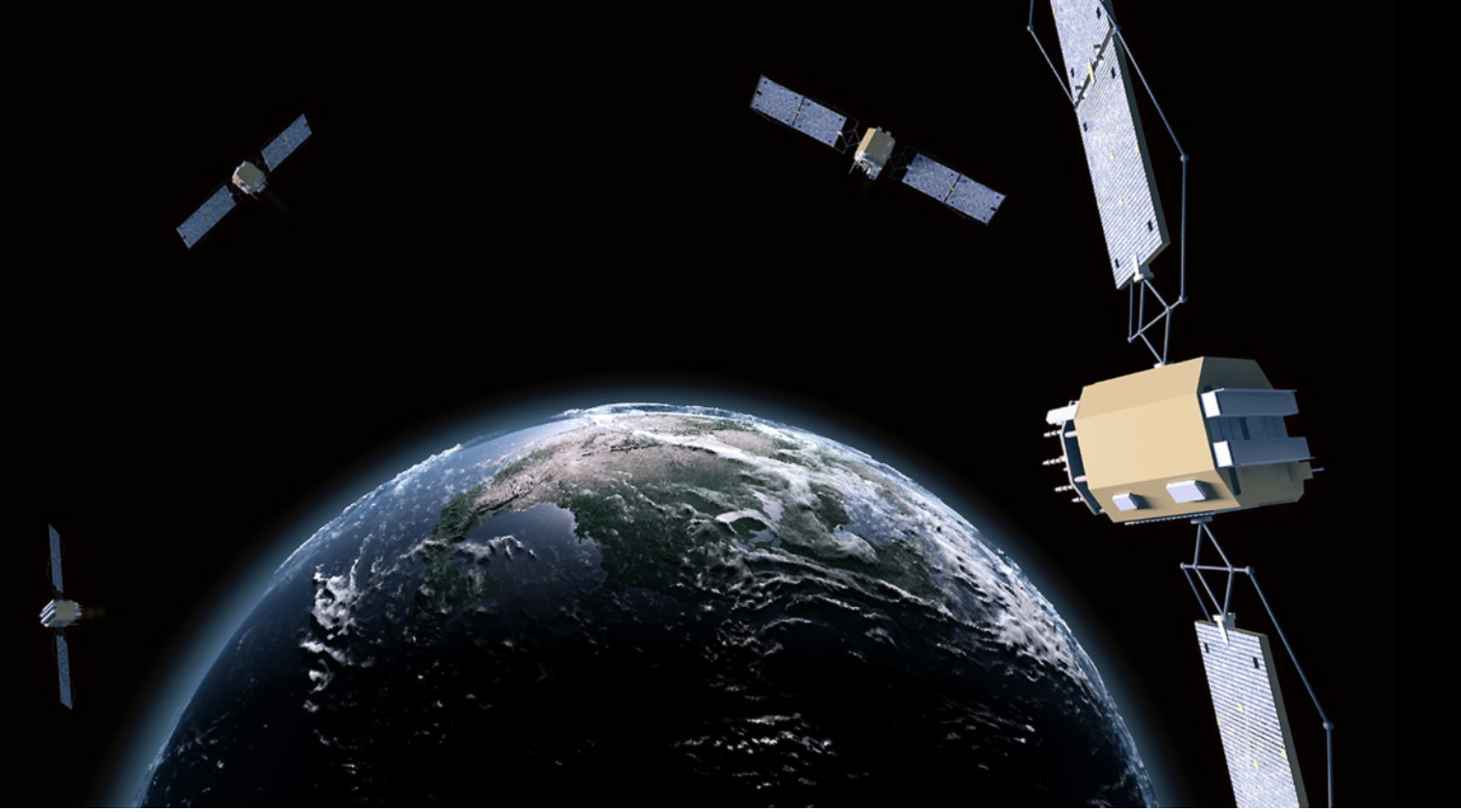 NASA/Goddard Space Flight Center In this illustration, the network of global positioning satellites beams information to receivers on Earth, where a plethora of devices like smartphones, aircraft and self-driving autos use the signals to work out their positions.

Isn't it strange how some seemingly innocuous decision made by someone you never knew, years or decades ago, can suddenly sting you in the butt?

Such a chain of unforeseen mishaps was built into the Global Positioning System when the first GPS satellites were launched for the U.S. armed forces more than 40 years ago. The idea was to guide missiles, aim artillery, track ships, direct troops and carry out other military tasks. GPS became available for civilian use in the 1980s and is now indispensable. When you ask a smartphone to navigate to the nearest gas station, it consults the GPS to find your position and guides you to the pump.

Time codes broadcast by the satellites depend on a 10-bit system. The first date used by the satellites was January 6, 1980. Because of limitations of a 10-bit counting system, the latest "week number" date the fleet can beam out is 1,024 weeks — that is, 19 years, 36 weeks — after the set point. When that date is reached, the system rolls over, resetting itself. The first rollover happened the night of August 21-22, 1999, according to briefing slides created in 2017 and posted online by the U.S. Naval Observatory in Washington, D.C.

For the vast majority of GPS users, the rollover came without a glitch. Computer chips in modern receivers are able to seamlessly make the adjustment to a new epoch of GPS time. Your smartphone worked just as well on April 10 as it did on January 10.

Concerned that my telescope might fail some night when I was in a remote location, on May 12, I downloaded and installed a firmware patch the telescope's manufacturer had developed to fix the bug. 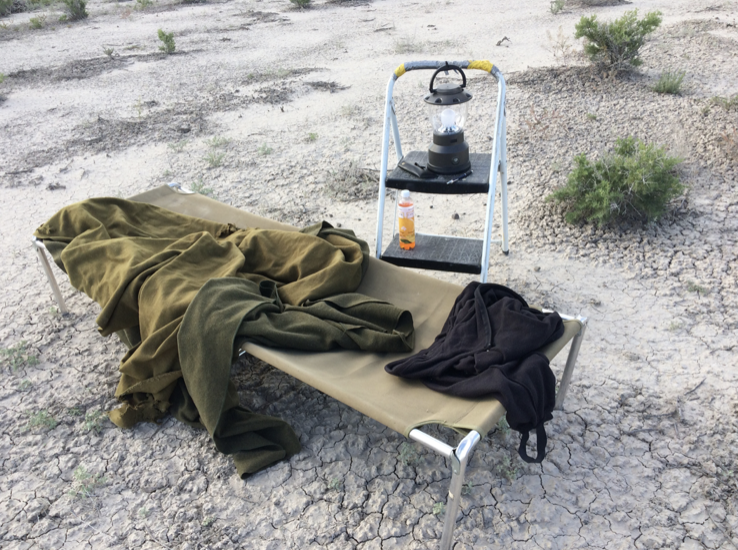 The author's sleeping accommodations are photographed the night of
June 5-6, 2019, west of Delta. By Joe Bauman

Getting it installed in the telescope's computer was an exasperating chore. Meade requires a special cable and a USB-to-serial adapter to make the connection. I have three similar cables, only one of which is right for this job. Finding it among the telescope gear took a while.

I'll skip the sleepless nights and difficult tasks of restoring training knocked out by the new firmware, and jump to my astronomy expedition of June 5-6.

I set up in a small desert playa west of Delta, Millard County, and then worked for hours in frustration as I tried to make astrophotos. My guiding program, which is supposed to help compensate for mechanical errors and keep the target centered during exposures, didn't work. The target star would drift and the telescope would not budge to keep it centered. (Later I realized I'd mixed up the cables when I was installing the firmware. The tracking program didn't work because I used the wrong cable.)

Normally I stay up all night making images and then nap in the Jeep until after dawn, when it's time to pack and drive home. But this night I gave up long before the coming of daylight. I decided to stretch out on a cot, admire the night sky, and sleep there.

After unfolding the cot, I spread a couple of Army blankets that veteran friends had given me, pulled up a step stool to hold my flavored water and other conveniences, piled extra-warm overalls for a pillow, turned out the lantern and, eventually, slept.

As I was packing that cool morning, I shook out my blankets before I was to use one on a foam pad to cushion the telescope and the other on top to keep dust off. I was flapping a blanket when a scorpion flew off of it and landed in the Jeep's cargo compartment. It had joined me in the night, when the blanket had reached the ground.

It was two or three inches long, yellow-brownish, stout pincers, legs, dark ridges on the long tail, that dangerous hook at the end. Quick as thought, it slipped into a crack between panels in the rear.

For two hours, as the day grew warm and then hot, I searched for the poisonous creature. I removed everything, pulled out Jeep parts that were removable, stuck a screw driver under seats and into dark spaces. I glimpsed it once on a back seat and lunged at it with the screwdriver, but it immediately scuttled down a narrow slot between cushions. I blasted clouds of Off insect spray until the Jeep was one big bug bomb. Finally, I had no choice but to pack up and drive home with the unwelcome guest.

Next day, I unloaded and put gear away, checking for the arthropod. I suspect it was the non-deadly variety called the northern scorpion, Paruroctonus boreus – non-deadly but packing a venomous jolt. I drove the Jeep to a car wash and, after the drive-through, spent an inordinate length of time with two high-powered vacuum hoses, jamming them under seats, into crevices and down openings. I removed floor mats for another check.

Nothing has popped up since then. Maybe it was sucked out by a vacuum.

Who knows if the scorpion is hidden in some remote crevice of the Jeep chassis? Who knows if it has revenge in its nasty little Antares? Is it lurking somewhere, waiting for me to plop onto the driver's seat?

This is what I mean by some innocuous-seeming decision made decades ago — say, a technician or an advisory board choosing to use a 10-bit timing system in GPS satellites rather than one based on 13 bits — can suddenly sting you in the butt.