Blue Origin scrubbed their New Shephard mission (NS-10) today due to "a ground infrastructure issue. The vehicle is in good standing. Stand by for updates as we see what weather looks like for tomorrow."

There will be nine NASA-sponsored research and technology payloads into space through NASA’s Flight Opportunities program. 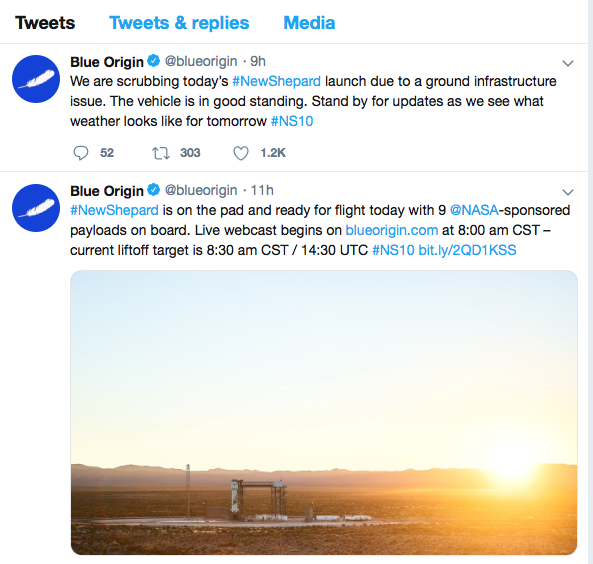 The payloads flying with us on NS-10 include: