[SatNews] Astronomers have shown for the first time how star formation in "dead" galaxies sputtered out billions of years ago. The NASA/ESA Hubble Space Telescope and ESO's Very Large Telescope (VLT) have revealed that three billion years after the Big Bang, these galaxies still made stars on their outskirts, but no longer in their interiors. The quenching of star formation seems to have started in the cores of the galaxies and then spread to the outer parts. The results will be published in the April 17, 2015 issue of the journal Science.

A major astrophysical mystery has centered on how the massive, quiescent elliptical galaxies, common in the modern Universe, quenched their once furious rates of star formation. Such colossal galaxies, often also called spheroids because of their shape, typically pack in stars ten times as densely in the central regions as in our home galaxy, the Milky Way, and have about ten times its mass. 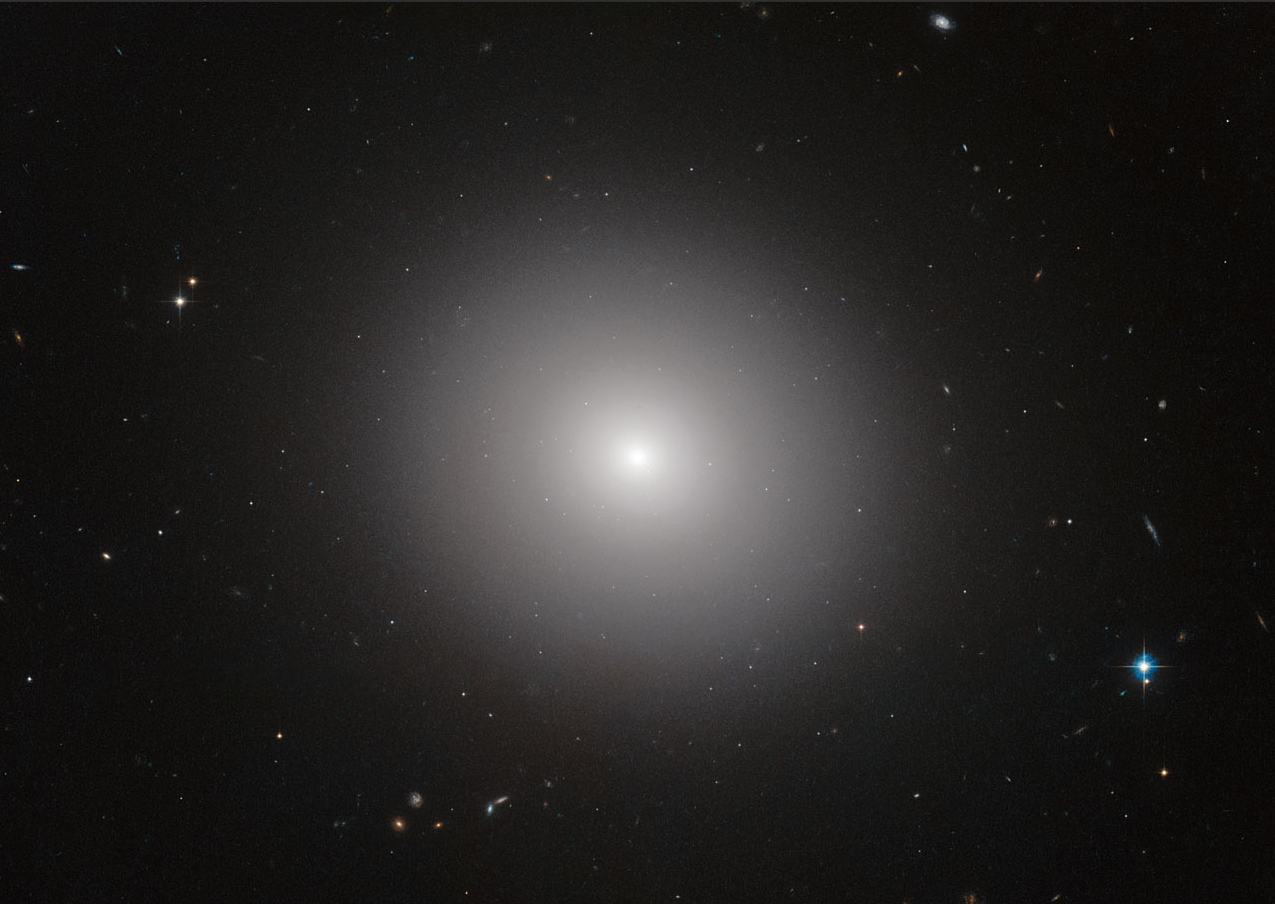 Astronomers refer to these big galaxies as red and dead as they exhibit an ample abundance of ancient red stars, but lack young blue stars and show no evidence of new star formation. The estimated ages of the red stars suggest that their host galaxies ceased to make new stars about ten billion years ago. This shutdown began right at the peak of star formation in the Universe, when many galaxies were still giving birth to stars at a pace about twenty times faster than nowadays.

"Massive dead spheroids contain about half of all the stars that the Universe has produced during its entire life," said Sandro Tacchella of ETH Zurich in Switzerland, lead author of the article. "We cannot claim to understand how the Universe evolved and became as we see it today unless we understand how these galaxies come to be."

Tacchella and colleagues observed a total of 22 galaxies, spanning a range of masses, from an era about three billion years after the Big Bang [1]. They used the NASA/ESA Hubble Space Telescope's Wide Field Camera 3 (WFC3) to peer at the galaxies from above our planet's distorting atmosphere—WFC3 snapped detailed images in the near-infrared, revealing the spatial distribution of older stars within the actively star-forming galaxies.

The researchers also used the SINFONI instrument on ESO's Very Large Telescope to collect light from the galaxies, showing precisely where they were churning out new stars. SINFONI could make these detailed measurements of distant galaxies thanks to its adaptive optics system, which largely cancels out the blurring effects of Earth's atmosphere.

"Hubble was able to show us how the stars are distributed within these galaxies in amazing detail," commented Marcella Carollo, also of ETH Zurich and co-author of the study. "We were able to match this accuracy with SINFONI to find patches of star formation. Using the two telescope together, we were able to explore this population of galaxies in more detail than ever before."

According to the new data, the most massive galaxies in the sample kept up a steady production of new stars in their peripheries. In their bulging, densely packed centres, however, star formation had already stopped.

A leading theory is that star-making materials are scattered by torrents of energy released by a galaxy's central supermassive black hole as it sloppily devours matter. Another idea is that fresh gas stops flowing into a galaxy, starving it of fuel for new stars and transforming it into a red and dead spheroid.

"There are many different theoretical suggestions for the physical mechanisms that led to the death of the massive spheroids," said co-author Natascha Förster Schreiber of the Max-Planck-Institut für extraterrestrische Physik in Garching, Germany. "Discovering that the quenching of star formation started from the centers and marched its way outwards is a very important step towards understanding how the Universe came to look like it does now."

[1] The Universe's age is about 13.8 billion years, so the galaxies studied by Tacchella and colleagues are generally seen as they were more than 10 billion years ago.