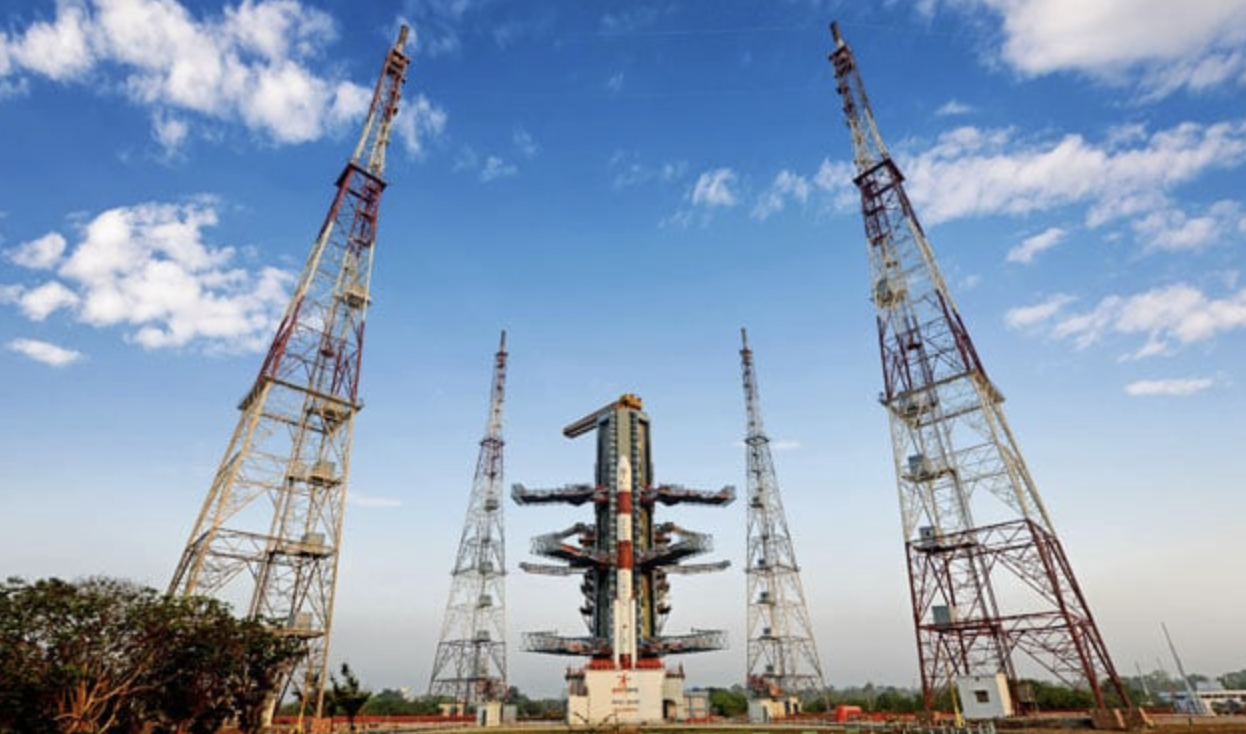 This low-Earth orbit satellite, sources say, will monitor and give locations for enemy radar sites deep in their territory. Image credit: isro.gov.in

This will be the first time the Indian Space Research Organisation (ISRO) is inviting common people to view the launch. In another first, ISRO will attempt a mission where it seeks to place satellites in three orbits. "It's a way of optimising launch costs since it becomes a three-in-one mission," says ISRO chairman K Sivan.

The PSLV launch on April 1 will hoist not one but 29 satellites in space. "The immediate mission what we are targeting is the PSLV C-45. This mission is special in the sense, for the first time PSLV will have a three-orbit mission in a single flight," said Mr Sivan.

"This time the orbital platform is powered by solar cells and not fully powered by batteries. The PS4 platform will have three payloads — one is from the Indian Institute of Space Technology that is what we are planning," Mr Sivan said.

So what is the main passenger and what will be its function?

"The main passenger is the EMISAT, a satellite for the DRDO and it is a strategic satellite," Mr Sivan said. The EMISAT for the Defence Research and Development Organisation is a 436-kilogram satellite based on India's mini-satellite bus. ISRO says the satellite is intended for electromagnetic spectrum measurement.

This low-Earth orbit satellite, sources say, will monitor and give locations for enemy radar sites deep in their territory. Till now, India was using airplanes as early warning platforms, but this satellite will give a space-based platform to sniff out enemy radars.

This will be the 71st launch vehicle mission for Sriharikota and the 47th flight of the 320-tonne, 44-meter tall PSLV.

The launch also carries 28 small satellites of the U.S., Switzerland, Lithuania and Spain. These include 20 Flock-4A satellites and 4 Lemur satellites of the same variety that gave the controversial images that questioned the efficacy of the Balakot air strikes by the Air Force.

In this mission, the last stage of the rocket will be kept alive for several weeks before it becomes space junk and it will be used as orbital platform or an orbiting space laboratory where three instruments are attached to the rocket motor. These include a maritime ship identification system, a version of a HAM Sat for amateur enthusiasts, and an experiment to study the upper atmosphere or ionosphere.