On April 15, 2020, Maxar Technologies completed an important milestone in building Psyche, a spacecraft that will launch in 2022 to explore a metallic asteroid orbiting the Sun between Mars and Jupiter. The milestone, called the solar electric propulsion chassis critical design review (CDR), marks the end of the spacecraft engineering phase and the start of the manufacturing phase.

We spoke with Peter Lord, Maxar’s Technical Director and Deputy Program Manager for Psyche, to learn about the importance of the CDR milestone and to hear the latest updates on the program. 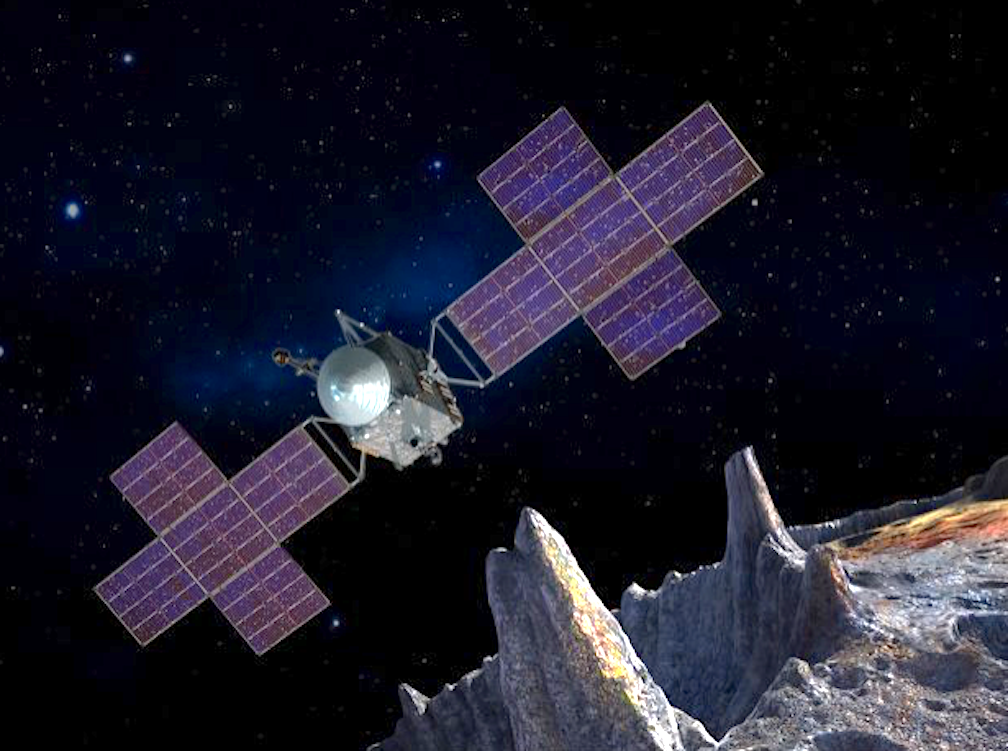 Psyche will launch in 2022 to explore a metallic asteroid orbiting the Sun between Mars and Jupiter.

Maxar: How did you get involved in the mission, and what is your role?

Peter Lord: I’ve been with Psyche since 2014. I led the response to NASA’s Jet Propulsion Laboratory’s (JPL) initial request for information regarding Maxar’s solar electric propulsion (SEP) capabilities. JPL was surveying industry for existing technologies for use on their next round of Discovery-class mission proposals for NASA. We worked with JPL on several formulation studies, including bringing a team of our experts to JPL for an intensive Team X design exercise. Maxar’s proven experience in solar electric propulsion was a perfect fit for the program, which led to our selection as the industrial partner for the mission. The Principal Investigator, Lindy Elkins-Tanton from ASU, went to great lengths to forge one of the most inspired and talented teams I have ever been a part of. We were welcomed into the inner circle of brilliant scientists at the heart of the mission to Psyche. It was exciting to know we had a shot at fostering a new relationship with NASA by leveraging Maxar’s 1300-class commercial spacecraft platform to accomplish cutting edge scientific exploration.

As Technical Director, I focus on the unique challenges of adapting a commercial spacecraft for use on a NASA mission. Maxar has a deeply ingrained culture driven to reduce costs whenever possible, while at the same time never compromising performance or reliability. As Deputy Program Manager, I provide backup to our Program Manager Steve Scott.

Maxar: What does the CDR milestone achieve? 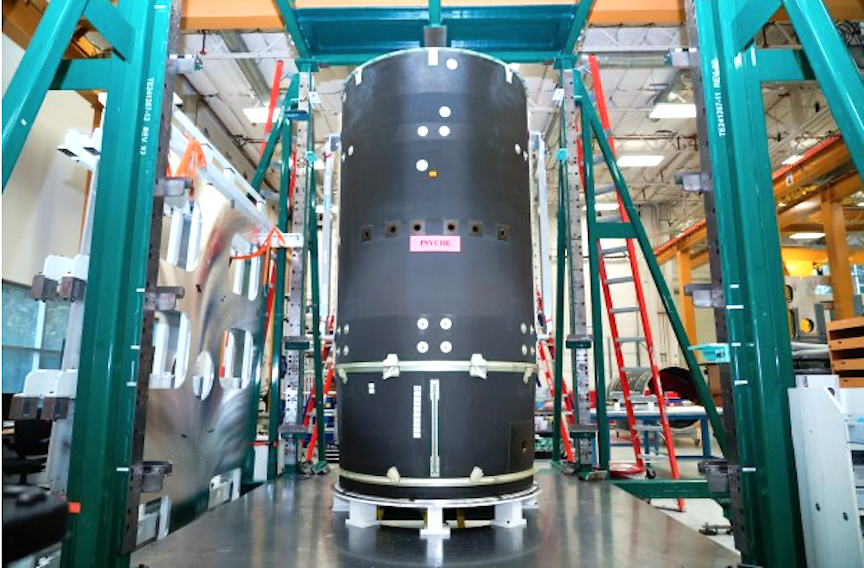 Peter Lord: The CDR signifies that we have committed to the final design of the spacecraft, and will begin the manufacturing phase. To get to this point, we completed many trade studies to figure out the best way to modify our existing designs to accommodate the unique needs of this particular mission and to build the spacecraft. For new designs or modifications to existing design, we’ve done extensive design analysis then built and test engineering models to make sure everything works just the way we want it to. Since the design and manufacturing phases overlap, we are at the peak number of people working on the program, with over 100 engineers working full time. With the CDR complete, our design engineers will wrap up their work and move on to new programs, while the manufacturing and test engineers ramp up their effort as we begin to assemble and test the spacecraft.

Maxar: What key innovations is Maxar delivering for Psyche?

Peter Lord: For NASA Discovery missions, integrated science and engineering teams compete to offer the best science for a fixed amount of money, and so cost-effectiveness is essential. The Maxar and JPL engineering team’s job is to lower the cost of getting the science team’s instruments to the main asteroid belt between Mars and Jupiter -- a journey of over a billion miles. That’s where Maxar’s commercial heritage came in. With more spacecraft in geosynchronous orbit than any other manufacturer in the world and more than 35 Maxar-built spacecraft with electric propulsion currently on-orbit, Maxar was able to offer a highly cost-effective spacecraft solution for Psyche. The innovation came from working closely with JPL engineers to adapt our 1300-class platform to meet NASA’s mission requirements with as little change as possible. Since solar electric propulsion systems are more efficient than typical bi-propellant propulsion systems, scientists can get their payloads to further destinations in space and ultimately do more science for less money.

Maxar: Why is it important to visit Psyche? 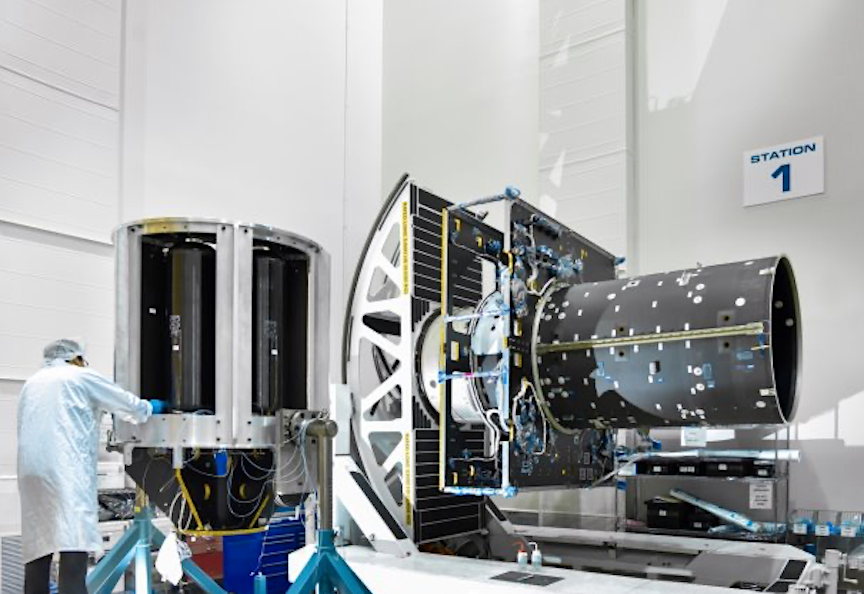 Peter Lord: First, the asteroid Psyche may be able to tell us how Earth’s core and the cores of the other terrestrial (rocky) planets came to be. We can never go to the Earth’s core. Because we cannot see or measure Earth’s core directly, the Psyche asteroid may offer a unique window into the violent history of collisions and accretion that created the terrestrial planets. It is the only known place in our solar system where we can examine what may be a metallic core of an early planet. Second, Psyche changes the way government programs are run by lowering the cost of exploring the solar system. Instead of paying for a one-of-a-kind, custom-built spacecraft designed entirely to mission requirements, JPL partnered with Maxar to leverage our existing 1300-class commercial design, which offers a cost-effective, commercial price and accelerated schedule. For Psyche, we’re pairing the lightest, smallest graphite spacecraft body we have with a medium-sized solar array and our latest electric propulsion system. JPL is providing communications, the flight computer and all the software needed to fly a spacecraft deep into the solar system far from human help.

Maxar: What’s the next step for the program?

Peter Lord: We are currently testing Psyche’s spacecraft body, a lightweight graphite cylindrical structure at the heart of our 1300-class spacecraft design. Because the design of the 1300-class spacecraft body already existed, we were able to manufacture one for Psyche months before completing the CDR milestone. It’s exciting to see our ideas starting to turn into reality!  Our next major milestone is the Project CDR, where the science and engineering teams come together to present our combined work to NASA. During this crucial decision point, NASA must formally approve the team’s detailed plans for the exploration of Psyche before we can take the next steps on our way to launch in 2022.