Journalist Chris Forrester is reporting at the Advanced Television infosite that Sir Richard Branson’s Virgin Orbit aircraft satellite launch company is suing OneWeb — in which Virgin was originally a shareholding partner — over a cancelled contract to launch batches of its satellites. Virgin commenced its action on June 4th in New York’s Southern District Court and OneWeb must file a response by June 25th.

The initial 2015 contract saw OneWeb agree to pay Virgin Orbit $234 million (€207 million), or the equivalent of $6 million a launch, to place 39 batches of satellites at a rate of one or two per launch. The cancellation covered 35 out of the 39 contracted launches, leaving just four launches intact. The move prompted the enforcement of a $70 million termination fee that was written into the contract.

Virgin Orbit, in its affidavit as detailed by Law360, says that OneWeb still owes Virgin $46.32 million of the termination fees ($26.25m paid) and states that OneWeb was additionally seeking to reduce the launch rate and reduce the cost per launch.

Despite this legal battle, it seems Branson‘s team are staying friends with OneWeb — at least until the contracted flights have taken place — and say they are looking forward to supporting the OneWeb constellation for many years to come.

Virgin Orbit’s contract called for options on an additional 100 launches down the line. 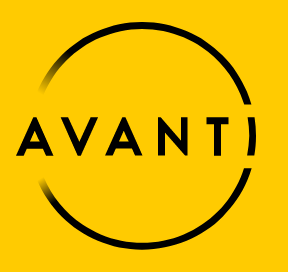 “The partnership will improve the penetration of reliable satellite broadband in these countries, and significantly increase access to the internet,” the companies said in a joint statement.

The intention is to provide satellite capacity to help “connect governments, enterprises, schools, clinics and communities in South Sudan, Chad and Angola, especially in rural and other locations where terrestrial networks are limited or unreliable,” added the statement.

MGI Managing Partner, Ilija Reymond, added, “We are committed to providing governments, NGOs, businesses and communities across Sub-Saharan Africa with reliable and top tier telecommunications services. Avanti’s HYLAS 4 enables us to provide customers with affordable high speed and quality broadband flexible Ka-band satellite technology. Our first live site with Hylas 4 has been a real success. We’re excited to partner with Avanti to further expand our service portfolio and to continue supporting the digital transformation in Africa.”