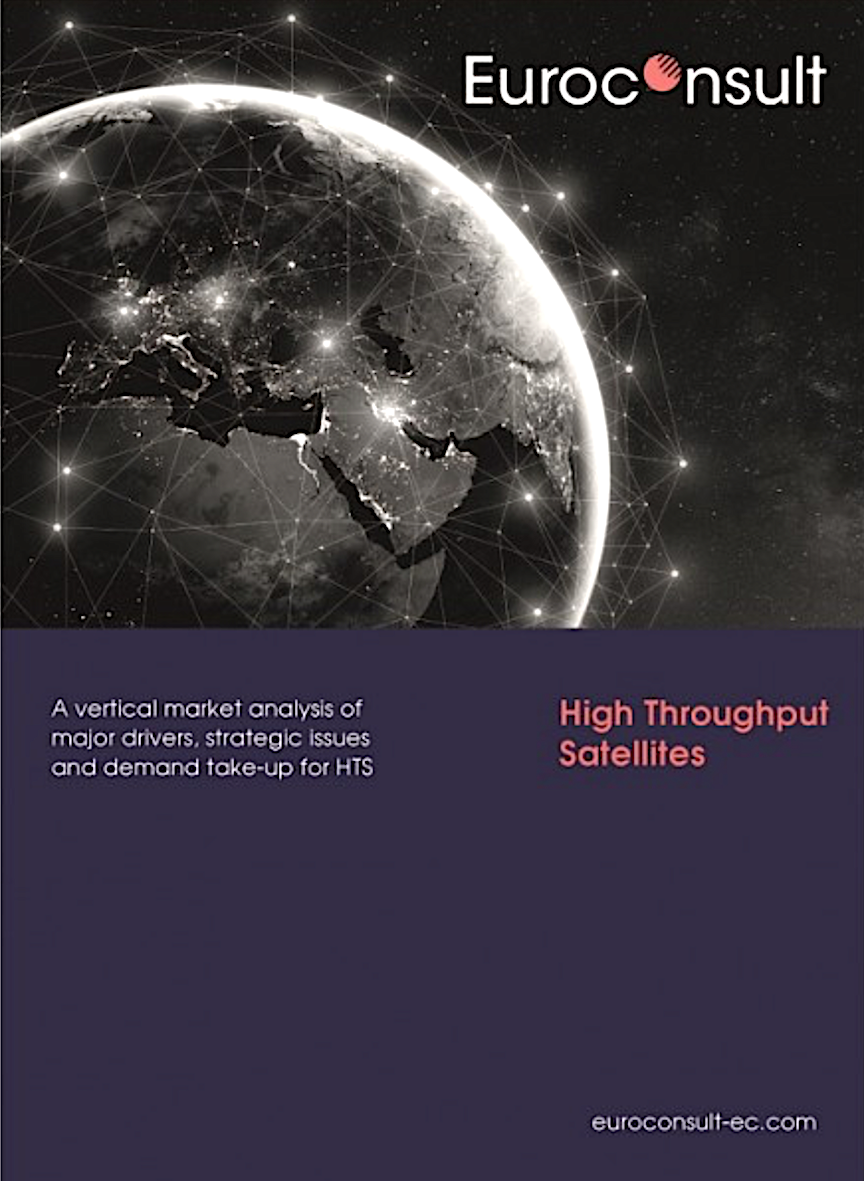 Further, they add that the demand will be driven by nine vertical markets for a 26 percent annual growth rate over the 10-year period covered in the report. Supply is expected to grow by 12 times between 2019 and 2024.

With several non-geostationary satellite orbit (NGSO) HTS constellations going into service during this time period, HTS capacity supply is on the verge of entering a period of unprecedented near-term expansion, jumping from 2,100 Gbps at the end of 2019 to 26,500 Gbps by 2024. While this jump has been anticipated, it is now imminent as high-volume manufacturing and batch launch campaigns are underway for both SpaceX and OneWeb.

According to Brent Prokosh, Senior Affiliate Consultant at Euroconsult, and Editor of the research, the NGSO constellations are poised to fundamentally shift the HTS landscape. As opposed to the more regionalized impacts of past HTS supply rollouts, this upcoming boom in supply will have truly global impacts due to the scale, expansive coverage and flexibility of next-generation HTS systems. 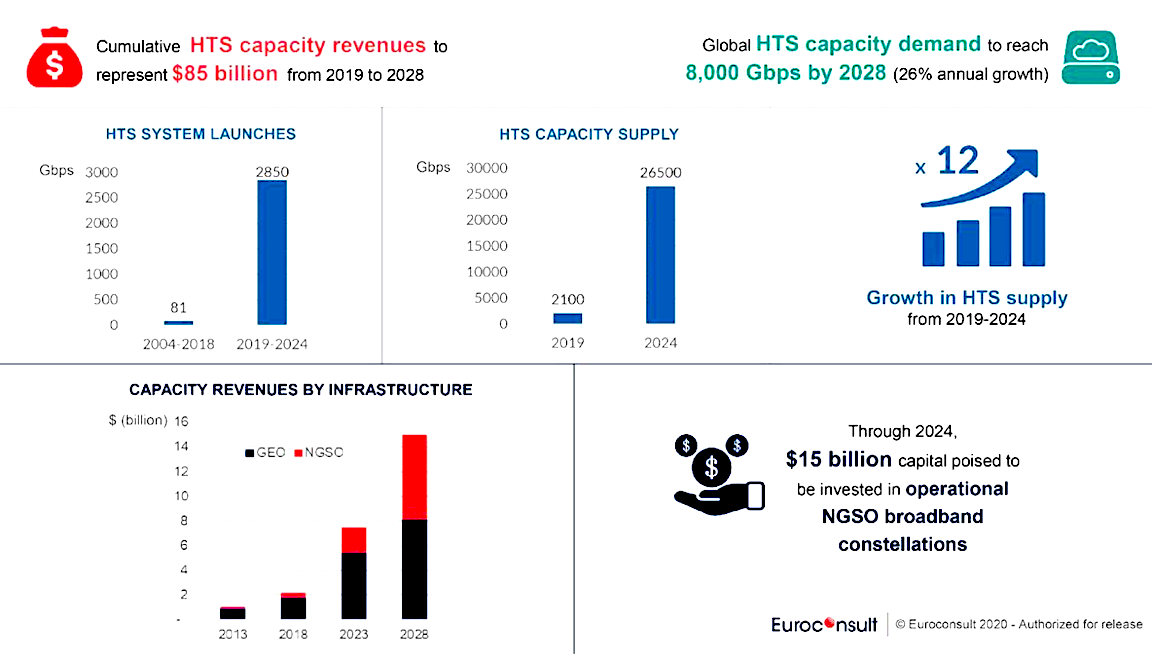 The fifth edition of Euroconsult’s HTS research includes new material not covered in previous editions. It provides increased granularity, splitting out the government/enterprise market into three separate segments including rural connectivity, corporate and civil government. It expands the number of companies that it profiles with in-depth strategy reviews to include 35 satellite operators that have invested in HTS systems to date. Also new to this year’s edition is an analysis of the growing trend of managed or vertically integrated service offerings.

In addition to forecasts for seven regions and in-depth reviews of operator investment strategies, the report forecasts that demand for HTS capacity will reach 8,000 Gbps by 2028. It discusses prospects for the nine vertical markets driving growth.