SSL Congratulates NASA on Their Combined 2018 Accomplishments ... Together to the Moon, Mars, and Beyond

Congratulations to NASA and SSL on a myriad of accomplishments in 2018 that were well done and duly noted.  We found this article interesting that was written by Al Tadros, Vice President, Space Infrastructure & Civil Space, SSL a Maxar Technologies Company, who posted the following in the company's blog. 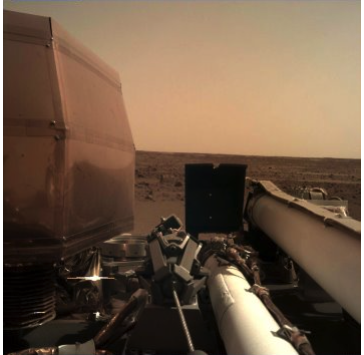 SSL congratulates NASA on its many achievements in 2018. It is an honor for us to play a role in support of NASA’s vision to reveal the unknown for the benefit of humankind. This has been an active and fulfilling year for SSL collaboration with the agency.

For example, did you know that SSL built all five robotic arms currently on the surface of Mars? (Photo on right) Our robotic arms are equipped on three NASA rovers and two NASA landers. On a particularly exciting day in November, we tuned in together with NASA and millions of viewers around the world, to witness the first spacecraft landing on the Red Planet since Curiosity arrived in 2012. When the first selfies from InSight Lander came back, we were delighted to see the robotic arm we built front and center in its stowed configuration. How cool is that?

In 2022, together with NASA’s Jet Propulsion Laboratory and our partners at Arizona State University, we will make history by launching a spacecraft to explore an asteroid called Psyche, which orbits in the asteroid belt between Mars and Jupiter. Psyche is about the size of Massachusetts and is thought to be the only all-metal body in our solar system. Because it resembles Earth’s core, scientists expect the exploration of Psyche to provide a unique window into how planets form. SSL is providing a high-power solar electric propulsion spacecraft chassis based on our world-leading SSL 1300 platform. In other work, our advanced equipment is contributing to NASA’s exploration of Europa, an icy moon of Jupiter.

A little closer to Earth, SSL is working on space infrastructure to enable future space ecosystems and missions yet to be imagined. Two key capabilities in our vision for the future are on-orbit assembly and manufacturing, and serviceable space architectures. In space, it is standard procedure to dispose of multimillion-dollar assets that run out of fuel or need a simple repair. Leveraging Maxar’s experience across hundreds of successful robotic space missions, SSL is working with NASA on several complementary on-orbit servicing and assembly programs to change this paradigm. 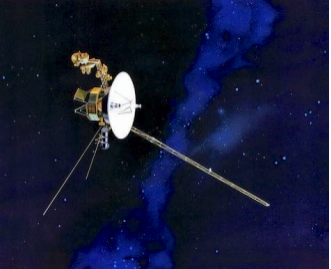 SSL built the high-gain antenna on Voyager 1 and 2, the “dish” component seen in this image. Image: NASA

SSL is building both the robotic arms and spacecraft bus for Restore-L, which will refuel a government-owned satellite in Low Earth Orbit and demonstrate fundamental capabilities for future NASA missions. SSL is also collaborating with NASA to develop Dragonfly, an ultra-lightweight robotic system that will enable entirely new architectures and missions through on-orbit assembly, removing the need for large structures and components to endure traditional launch environments and volume limitations of the rocket fairing. Finally, SSL is pleased to be providing concepts for one of the first major systems to support our exploration of the Moon, NASA’s Lunar Gateway. The Gateway is a human crew-tended spaceport in lunar orbit that will function as an access point to the Moon and other destinations. SSL is leveraging its extensive commercial experience in solar electric propulsion systems to provide concepts for the Power and Propulsion Element, which would be the first Gateway module launched.

But, Maxar’s decades-long collaboration with NASA goes further than that. SSL traces its history with NASA all the way back to the launch of Voyager 1 and 2 in 1977. These two pioneering spacecraft recently wrote history as the only human-made objects to go beyond our sun’s reach into interstellar space. We built the iconic high-gain antennas on the spacecraft, which continue to send communications back to Earth to this day.

With Administrator Jim Bridenstine now at the helm and an increased focus on human travel back to the Moon and ultimately to Mars, 2018 is coming to a close on a high note for NASA. As the agency lays down the groundwork for years to come, Maxar will be there to support NASA with commercially proven space systems and advanced solutions that accelerate innovation, build a better world, and enable humanity’s exploration of the Moon, Mars, and beyond.