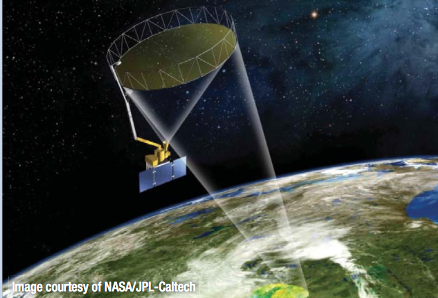 [SatNews] NASA's SMAP launch on a United Launch Alliance Delta II has been delayed to a targeted launch date of January 31 pending completion of minor repairs to the vehicle prior to launch. During inspections following the January 29 launch attempt, minor debonds to the booster insulation were identified. These insulation debonds are associated with cryogenic conditions experienced during tanking operations and a standard repair will be implemented. The launch time for January 31 is 6:20 a.m. PST. from Space Launch Complex 2 at Vandenberg Air Force Base in California.

Mission Description: SMAP will provide the most accurate, highest-resolution global measurements of soil moisture ever obtained from space and will detect whether the ground is frozen or thawed. The data will be used to enhance scientists' understanding of the processes that link Earth's water, energy and carbon cycles. 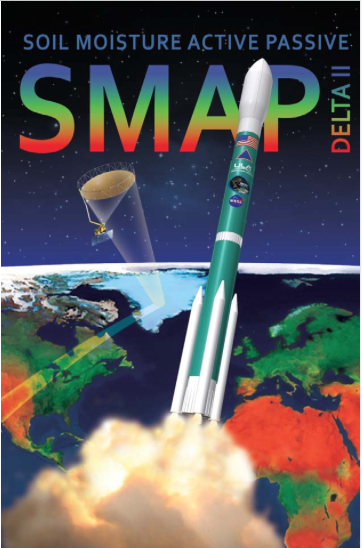 SMAP is one of four first-tier missions recommended by the National Research Council’s Committee on Earth Science and Applications from Space. The accuracy, resolution, and global coverage of SMAP soil moisture and freeze/thaw measurements are invaluable across many science and applications disciplines including hydrology, climate, carbon cycle, and the meteorological, environmental and ecology applications communities.

Future water resources are a critical societal impact of climate change, and scientific understanding of how such change may affect water supply and food production is crucial for policy makers. Current climate model uncertainties result in disagreement on whether there will be more or less water regionally compared to today; SMAP data will enable climate models to be brought into agreement on future trends in water resource availability. For these reasons, the Committee’s Water Resources Panel gave SMAP the highest mission priority within its field of interest.

The ULA team is proud to be the launch provider for NASA’s Soil Moisture Active Passive (SMAP) mission. One of four first-tier missions recommended by the National Research Council’s Committee on Earth Science and Applications from Space, SMAP will provide global, high-resolution mapping of soil moisture and its freeze/thaw state to link terrestrial water, energy, and carbon-cycle processes, and to extend capabilities of weather and climate prediction models.

The SMAP mission is managed by the Goddard Space Flight Center (GSFC) within NASA’s Earth Systematic Mission (ESM) Program. The Jet Propulsion Laboratory (JPL) built the spacecraft and is assigned responsibility for the overall success of the SMAP project. NASA’s Launch Services Program at NASA’s Kennedy Space Center in Florida is responsible for launch management.

The ULA team is focused on attaining Perfect Product Delivery for the SMAP mission, which includes a relentless focus on mission success (the perfect product) and also excellence and continuous improvement in meeting all of the needs of our customers (the perfect delivery). End of Jim Sponnick's Communication 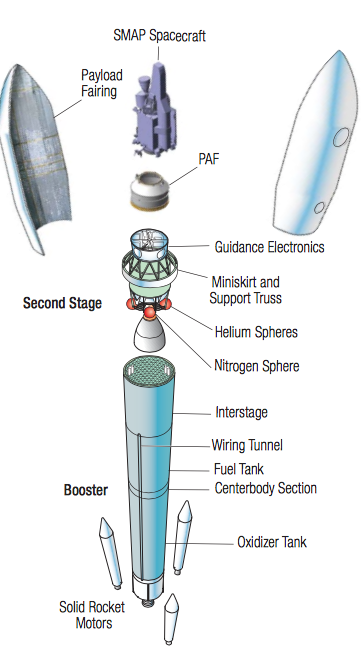 The PLF is a composite bisector (two-piece shell), 10-ft diameter fairing. The PLF encapsulates the spacecraft to protect it from the launch environment on ascent. The vehicle’s height, with the 10-ft PLF is approximately 128 ft.

With more than a century of combined heritage, United Launch Alliance is the nation’s most experienced and reliable launch service provider. ULA has successfully delivered more than 90 satellites to orbit that provide critical capabilities for troops in the field, aid meteorologists in tracking severe weather, enable personal device-based GPS navigation and unlock the mysteries of our solar system.

The Delta II booster is 8 ft in diameter and approximately 87 ft in length. The booster’s fuel and oxidizer tanks are structurally rigid and constructed of stiffened isogrid aluminum barrels and spun-formed aluminum domes. The booster structure is completed by the centerbody, which joins the fuel and oxidizer tanks and the LO2 skirt, which joins the tank structure to the engine section. Delta II booster propulsion is provided by the RS-27A engine. The RS-27A burns RP-1 (Rocket Propellant-1
or highly purified kerosene) and liquid oxygen, and delivers 200,000 lb thrust at sea level. The Delta II booster is controlled by the second stage avionics system which provides guidance, flight control, and vehicle sequencing functions during the booster and second stage phases of flight.