Now that NASA has shown the viability of autonomous X-ray navigation in space, a team led by the Smithsonian Astrophysical Observatory plans to include the technology on a proposed cubesat mission to the Moon — NASA engineers are now studying the possibly of adding the capability to future human-exploration spacecraft. 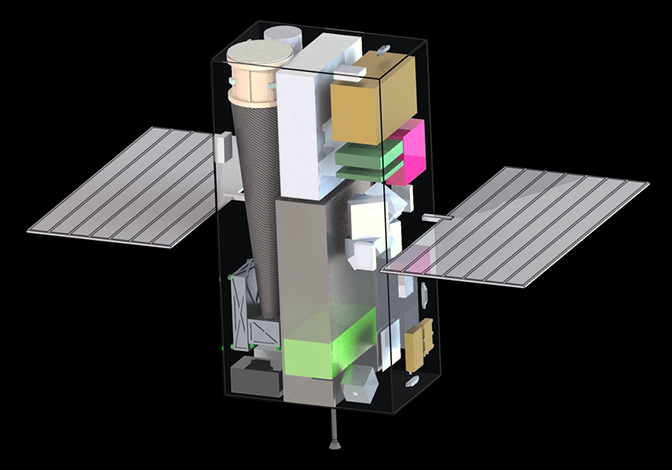 Artistic rendition of the conceptual CubeX spacecraft, which
would demonstrate X-ray navigation during its mission
investigating the Moon.
Image is courtesy of Harvard University.

Interest in this emerging capability to guide spacecraft to the far reaches of the solar system comes just months after NASA scientist Keith Gendreau and his team at the agency’s Goddard Space Flight Center in Greenbelt, Maryland, successfully demonstrated the technique — commonly known as XNAV — with an experiment called Station Explorer for X-ray Timing and Navigation Technology, or SEXTANT.

The SEXTANT technology demonstration, which NASA’s Space Technology Mission Directorate had funded under its Game Changing Development program, took place late last year and demonstrated that millisecond pulsars could be used to accurately determine the location of an object moving at thousands of miles per hour in space. These pulsations are highly predictable, much like the atomic clocks used to provide timing data on the ubiquitous GPS system. 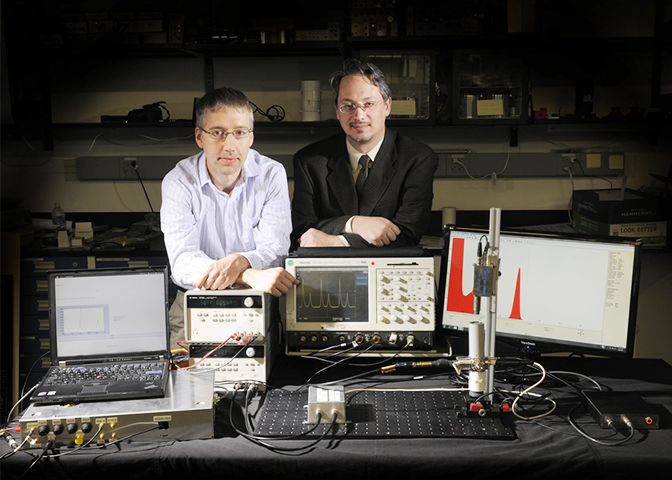 Engineers Luke Winternitz (left), Jason Mitchell (right) and their team developed a unique tabletop device — aptly described as a “pulsar on a table” — to simulate rapid-fire X-ray pulsations needed to test algorithms and other advanced technologies for the X-ray navigation. The team recently delivered the special testbed to the Aeromechanics and Flight Mechanics Division’s Electro-Optics Lab at the Johnson Space Center.
Photo is courtesy of NASA/P. Izzo.

During the demonstration, SEXTANT took advantage of the 52 X-ray telescopes and silicon drift detectors on NASA’s Neutron-star Interior Composition Explorer, or NICER, to detect X-rays emanating from four millisecond-pulsar targets. The pulsars’ timing data were fed into onboard algorithms that autonomously generated a navigation solution for the location of NICER in orbit around Earth.

The team is expected to carry out another XNAV demonstration later this spring to see if it can improve on the technology’s already impressive accuracy, said SEXTANT Project Manager Jason Mitchell, who works at Goddard.