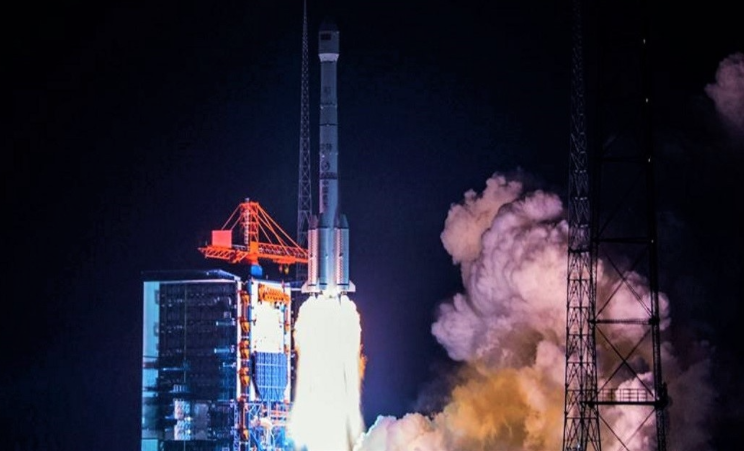 [Satnews] China sent a Belarusian telecom satellite into intended orbit from southwest China's Xichang Satellite Launch Center at 12:57 a.m. Beijing time on Saturday. This was their first launch of 2016 and the 223rd launch of the Long march carrier rocket.

The satellite, carried by a Long March-3B rocket, is Belarus' first communication satellite, and this was also the first time that China had launched a satellite for a European country. The Belintersat-1 was built by China Aerospace Science and Technology Corp. with a designed life of 15 years.

The Presidential Decree that led to the project identified a series of main objectives to the project, ranging from the creation of a communication satellite through to fostering modern communication technology to the remote areas at affordable prices.

It will be put into a geostationary orbit 51.5 degrees east longitude to provide a wide range of telecommunication services, including satellite TV, radio broadcasting and broadband Internet access

Belintersat-1 is based on the Chinese DFH-4 bus, with the communications payload being supplied by Thales Alenia Space.

The project is considered of high innovative, economic, social and political importance, providing a full range of advanced satellite services in Europe, Africa and Asia, as well as to ensure global coverage in the Eastern Hemisphere.