The Japan Aerospace Exploration Agency is partnering with Japan’s Cabinet Office and Internal Affairs and Communications Industry to begin utilizing data from the country’s quasi-zenith satellite in order to monitor earth movement and proactively detect mudslides, reports The Yomiuri Shimbun. 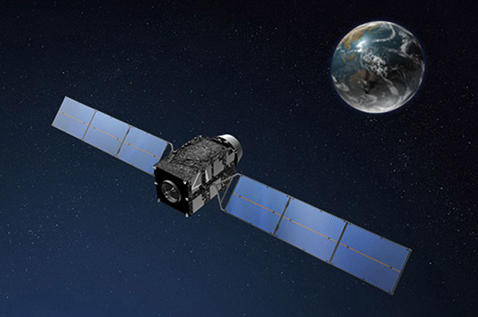 As mobile phones equipped with car navigation or GPS (*1) have become widespread, positioning information using satellites is imperative to our lives. To specify a location, we need to receive signals from at least four satellites. However, in some urban or mountainous areas, positioning signals from four satellites are often hampered by kyscrapers or mountains, and that has often caused significant errors.

The quasi-zenith satellite, Michibiki, can pinpoint movement down to within several centimeters, versus the country’s Global Positioning System’s (GPS) accuracy, which is down to within ten meters. This means earlier detection of even the slightest slips of Earth—early signs of a mudslide—and earlier evacuation warnings. These evacuation warnings may even be tailored to the cell phone user's location. The full-scale operation is projected to start in 2018.

The QZSS consists of a multiple number of satellites that fly in the orbit passing through the near zenith over Japan. By sharing almost the same positioning signals for transmission with the currently operated GPS as well as the new GPS, which is under development in the U.S., the system enables us to expand the areas and time duration of the positioning service provision in mountainous and urban regions in Japan.

Japan's government is also considering establishing their own GPS with 10 times the accuracy of the current system. There is also a plan to launch a second, third, and fourth quasi-zenith satellite throughout the 2016 and 2017 fiscal years in order to have coverage for each region.