HawkEye 360, Inc. is expanding its advisory board to include two new members who have faithfully served their country with impressive histories; The Honorable Robert Work, who recently served as U.S. Deputy Secretary of Defense, and Lieutenant General (Ret.) John F. Mulholland Jr., as well as the appointment of Letitia A. Long as Chairperson.

HawkEye 360's Chief Executive Officer John Serafini commented that they are excited to have Bob and John join their advisory team, and to welcome Tish as their new Chairperson. As they prepare to launch their new geospatial information solutions this year, their advisory board’s experience in defense, space, security and spectrum will bring invaluable insights to help them evolve our product suite.

The Hon. Robert Work recently served as the 31st Deputy Secretary of Defense. Prior to that role, his career of service to the United States included terms as CEO of CNAS; Under Secretary of the Navy; and as a retired Marine Corps Colonel. Mr. Work also serves on the Board of Directors of Raytheon Co., a strategic investor in HawkEye 360.

Ms. Long, who previously served as Director of the National Geospatial-Intelligence Agency, joined HE360’s advisory board in 2017. 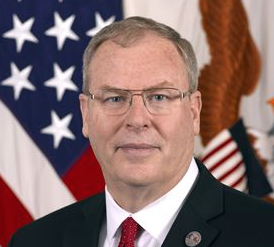 The Honorable Robert O. Work served as the 31st U.S. Deputy Secretary of Defense from 2014-2017. Prior to that role, he was Chief Executive Officer of the Center for a New American Security (CNAS) after spending four years (2009 to 2013) as the United States Undersecretary of the Navy. In 2008, Mr. Work served on President-elect Barack Obama’s Department of Defense Transition Team as leader of the Department of the Navy issues team. In addition to his 27-year career in the U.S. Marine Corps, during which he held a wide range of command, leadership and management positions, Mr. Work’s previous experience also includes working at the Center for Strategic and Budgetary Assessments (CSBA), first as the Senior Fellow for Maritime Affairs and later as the Vice President for Strategic Studies; and serving as an adjunct professor at George Washington University. 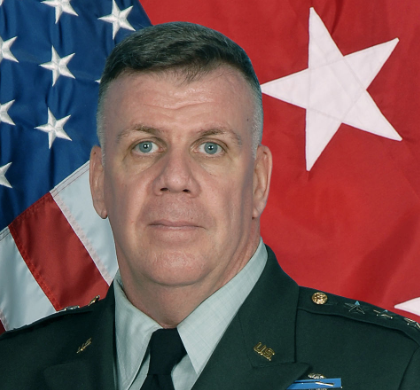 Lieutenant General (Ret.) John F. Mulholland Jr. was born in Clovis, New Mexico, but grew up in Bethesda, Maryland. He earned a Bachelor of Arts in History and was commissioned as a Second Lieutenant of Infantry, United States Army upon graduating from Furman University, Greenville, South Carolina, in 1978.

LTG Mulholland’s (Ret.) overseas assignments included two tours in the former Panama Canal Zone, command of the 1st Battalion, 1st Special Forces Group (ABN), Okinawa, Japan and as the Chief, Office of Military Cooperation, Kuwait. LTG Mulholland (Ret.) served at and completed his final tour on active duty as the Associate Director of Military Affairs, Central Intelligence Agency. He attended the Defense Language Institute (Spanish), earned a Master of Military Art and Science in History while attending the U.S. Army Command and General Staff College as well as a Master of Science in National Security Strategy from the National War College.

HawkEye 360 is an RF data analytics company that builds, operates and sustains a first-of-its kind commercial satellite constellation to identify, geolocate, and process a broad set of RF signals. Their suite of proprietary processing and machine learning tools enables them to create powerful data analytic products to solve difficult challenges for their global customers. Our products include maritime domain awareness and spectrum mapping and monitoring