Despite having a long history in the industry, Australia remains one of the few OECD nations without a national space program or agency. 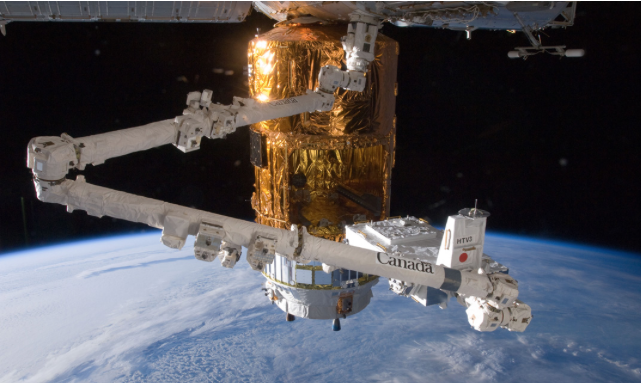 Canadarm2 in action on the International Space Station.
Picture courtesy of NASA.

The Space Industry Association of Australia (SIAA) launched a White Paper in March calling on the Australian Government to establish a national space agency.

The association had hoped for an announcement just before or during next month’s International Astronautical Congress (IAC) in the South Australian capital Adelaide.

However, the announcement last month of a Federal Government review into the long-term plan for the sector in Australia, which will not be complete until March means any meaningful pledge of an Australian apace agency is unlikely at next month’s congress.

“When people mention the space agency they think of NASA or the European Space Agency where they are doing big rocket launches and spending billions of dollars on going to other planets but from our perspective that’s not practical in Australia to establish those sort of exploration projects,” he said.

“The Canadians are a good example because their population and economy is not that much bigger than Australia’s but they have had a space agency for many years.”

The Canadian Space Agency (CSA) was formed in 1989 and is best known for its robotics technology and astronaut program. A dozen Canadian astronauts have taken part in 16 space missions. The CSA welcomed two new astronauts, Joshua Kutryk and Jennifer Sidey to its program last year.

Canada’s most famous robotic achievement, Canadarm, made its first trip to space in 1981 aboard Space Shuttle Columbia. Canadarm2 was launched in 2001 and has played a pivotal role on the International Space Station.

Nikoloff said a co-ordinated space agency in Australia could lead to similar success Down Under.

“Because of that investment and involvement (in Canada), they’ve been given access for an astronaut to go to the Space Station, which is a massive benefit and incentive for people to get involved in STEM subjects,” he said.

“Also, their robotics work in space is just as important on Earth so that investment is not just all for space exploration and exciting stuff, it’s also got very good spin-offs and that’s the way we’ve got to think about it.

“Let’s invest in technologies that have got spin-offs and can help grow our hi-tech community.”

The 68th IAC will be held at the Adelaide Convention Centre in the South Australian capital Adelaide from September 25-28. Up to 4,000 delegates are expected to attend including the heads of all the major space agencies and SpaceX founder and CEO Elon Musk.

Nikoloff, who is also co-founder of Nova Systems in South Australia and a member of the IAC local organising committee, said the SIAA would now shift its focus towards the congress and making sure the issues of an Australian Space Agency were included in discussions.

“Australia should be working in niche areas and getting involved with some of those international collaborations on some of these projects because it attracts the young people, builds up a strong base and keeps these people in Australia.

“We lose so many people who do their university here and then go overseas because there’s no Australian project.

“Just a small niche program where we are doing a bit of something unique that Australia can contribute towards a bigger program is an important part and that’s why we need an agency.”

The Expert Reference Group (ERG) issued a discussion paper last week while inviting industry and all areas of government and society to contribute written submissions by 22 August. The purpose of the paper is to kick start the process. A series of 'roundtables' will be held in each capital in the coming month.

The SIAA has not been a lone voice of support for a national space agency in Australia.

The South Australian Government last month said it would set up its own space agency this year if swift action was not taken at a federal level.

The SA Government last week announced it had joined forces with the ACT Government to lobby for the space industry.

South Australia has a long space history, which started when the Woomera Test Range was established in 1947 about 450km north of Adelaide.