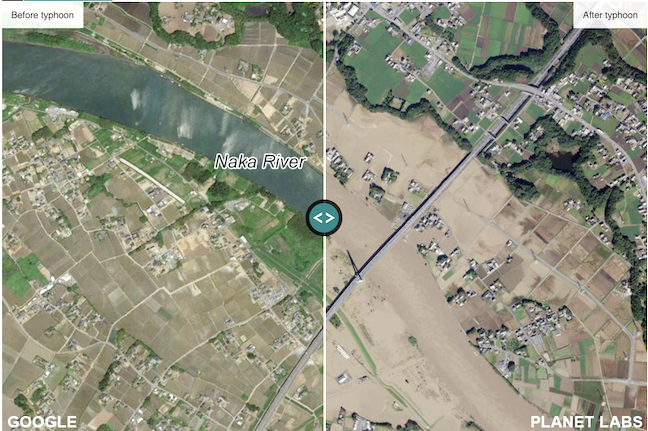 Photos from the BBC reveal the results of one of Japan's biggest typhoons to have decimated the countryside in decades.

The biggest typhoon to hit Japan in decades has left a trail of destruction in its wake. More than 40 people died as a result of Typhoon Hagibis and hundreds have been rescued after being stranded by flooded rivers and landslides.

Satellite images show how the river Naka in Hinuma burst its banks, flooding nearby homes. The typhoon battered eight prefectures across Japan, with wind speeds of up to 225km/h (140mph). Akigase Park, on the Arakawa River flood plain near Saitama City, was submerged after the typhoon.

Industrial areas in Yoshinodai, near Kawagoe, were protected by flood defences as water levels rose along the Iruma River.

Thousands of police officers, fire fighters, coastguards and military personnel are taking part in search and rescue operations to find people trapped by flooding and landslides.