Reporting for the Advanced Television infosite, journalist Chris Forrester reveals that Intelsat, a founder member of the C-Band Alliance, has a new investor in the shape of hedge fund Appaloosa LP which leads a consortium that now owns an overall 7.4 percent stake in the satellite operator.

Appaloosa, in a note to Intelsat’s board, urged the company to reject the FCC’s proposed, overall, $9.7 billion ‘incentive’ payments towards the auction of Intelsat’s spectrum and eventual adoption of 5G.

The Appaloosa letter says the FCC’s terms are “manifestly unfair to Intelsat” and that if the FCC does not come up with a better proposal, then Intelsat should declare bankruptcy and prepare for legal action.

“The FCC’s proposed Order imposes several onerous provisions that inappropriately subsidize the prospective overlay licensees, and by extension, the FCC. Among the most egregious of these terms [are]:

· The Order requires the satellite operators to front billions of dollars of expenditures in order to clear spectrum for the benefit of an FCC auction that is not expected to begin until December 8th, 2020 – and for which reimbursement seemingly will not begin to occur until May 2021 at the earliest.

· The Order’s split of Accelerated Relocation Payments to Phases I & II of 25% and 75%, respectively, unfairly “back-ends” the satellite operators’ compensation and is disproportionate to the amount of spectrum cleared in the two phases (36% and 64%). Moreover, it is likely that the most useful and valuable portions of spectrum cleared will be in Phase I.

· The FCC’s requirement that an operator post a letter of credit in order to receive a Phase I Accelerated Relocation Payment subjects them to an all-or-none requirement to clear its spectrum by September 2023 (the Phase II deadline). Thus, failure to clear even a de minimis portion of the requisite spectrum exposes the operators to massive financial loss and provides a windfall to the overlay licensees on a potential technicality."

The letter adds that the proposal is likely to yield considerable benefits for the US government “many times greater than those afforded [to Intelsat]. We urge you to withhold acceptance pending negotiation of an agreement with the FCC on fair commercial terms. Failing that, we believe the Board has no choice but to resort to bankruptcy and litigation in order to protect Intelsat’s valuable licence rights from an illegal modification,” said Appaloosa.

Intelsat will unveil its end-of-year financials on February 20th.

Speaking of Intelsat, Chris is also reporting that Intelsat will replace its lost IS-29e craft on a one-for-one basis.

IS-29e was lost in July 2019 as a result of a catastrophic fuel leak caused by an electrostatic discharge. It had been launched in January 2016.

IS-29e served both North and South America. However, Intelsat’s replacement craft, IS-40e, will focus on North America because of higher demand and in particular from airlines and their in-flight entertainment and connectivity services.

According to trade site reports, the new Intelsat craft will be the most powerful in the operator’s fleet and is due for launch in 2022. 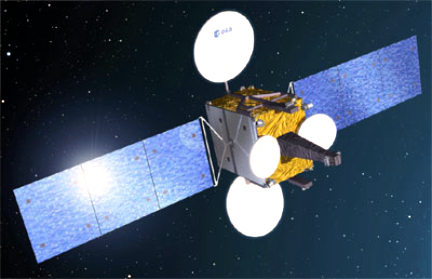 Meanwhile, Intelsat has leased an old Spanish satellite as a gap-filler, Hispasat-1D (now branded Hispasat-143 W-1), an 18 year old satellite, and the company has borrowed the craft to continue services for some of the Intelsat IS-29e customers.