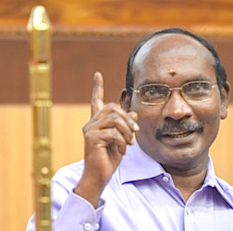 NEW DELHI: ISRO will get its communication satellite GSAT-31 launched from French Guiana. The ISRO chief told TOI (Times of India), “Arianespace will launch GSAT-31 on February 6. The satellite will replace INSAT-4CR, whose life is expected to end soon.”

Sivan said, “Though GSAT-31 is not a heavy satellite (2,600kg), we are using the services of Arianespace as it is an emergency launch to replaced the dying INSAT satellite so that communication services are not affected. GSAT-31 satellite can only be launched with GSLV Mk III. But our MK III rockets are already booked for Chandrayaan-2 and other important missions. We don’t have spare GSLV vehicle for GSAT-31.”

He said that “Arianespace will also launch GSAT-30 in June.” This satellite will replace another dying satellite INSAT-4A to ensure continuity of several services. It will provide high-quality television, telecommunication and broadcasting services.

Sivan said, “The next PSLV C45 mission will take place in March. It will carry a DRDO payload Anisat.”

The Times of India