Rocket Lab has announced the company's next launch is a mission carrying satellites destined to begin a new constellation for UNSEENLABS, as well as more rideshare payloads for Spaceflight, consisting of a spacecraft for BlackSky and the United States Air Force Space Command.

The mission — named ‘Look Ma, No Hands’ — will lift-off in August from Launch Complex 1 in New Zealand, carrying a total of four satellites aboard an Electron launch vehicle.

The mission is manifested with a cubesat that will form the cornerstone of a new maritime surveillance constellation for French company UNSEENLABS. The constellation aims to deliver precise, reliable, and secure maritime data, enabling organizations to monitor their own vessels and observe those that present risks, such as pirates and illegal vessels. 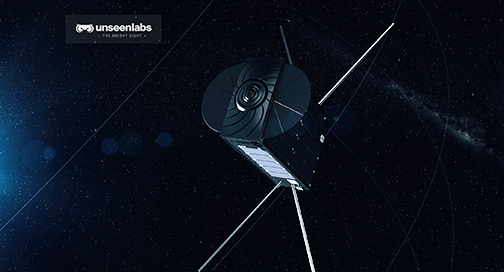 Mission management and rideshare aggregator, Spaceflight, also manifested three satellites on its second rideshare mission with Rocket Lab. Among the rideshare payloads is BlackSky’s-4 Earth-imaging satellite. The satellite will join BlackSky-3, which was launched to LEO on an Electron vehicle in June 2019. BlackSky’s constellation delivers rapid-revisit satellite imagery to assist with monitoring economic activity such as crop development and herd migration, or surveying damage following natural disasters.

This mission will be Rocket Lab’s eighth Electron launch overall and fourth mission of 2019, following on from the successful ‘Make It Rain’ mission for Spaceflight in late June. Rocket Lab has monthly missions scheduled for the remainder of 2019 for government and commercial small satellites.

Rocket Lab’s SVP of Global Launch Services, Lars Hoffman, said Rocket Lab’s ability to deploy multiple satellites to individual and precise orbits, even when flying as part of a rideshare mission, is a significant advantage for small satellite constellation operators. He noted that the company's focus is on providing a frequent, reliable and precise launch service, whether small satellite constellation operators want to fly as a dedicated payload or as part of a rideshare mission. Rocket Lab’s innovative Kick Stage enables a level of flexibility and precision that simply wasn’t available to small satellite operators until Electron began orbital launches 18 months ago and the company is proud to be delivering that service to orbit every few weeks now.

For all involved in the satellite and space industry and the various market segments that add value to these dynamic environments, the 2020 SmallSat Symposium in Silicon Valley, California, is truly worth your consideration for attendance.