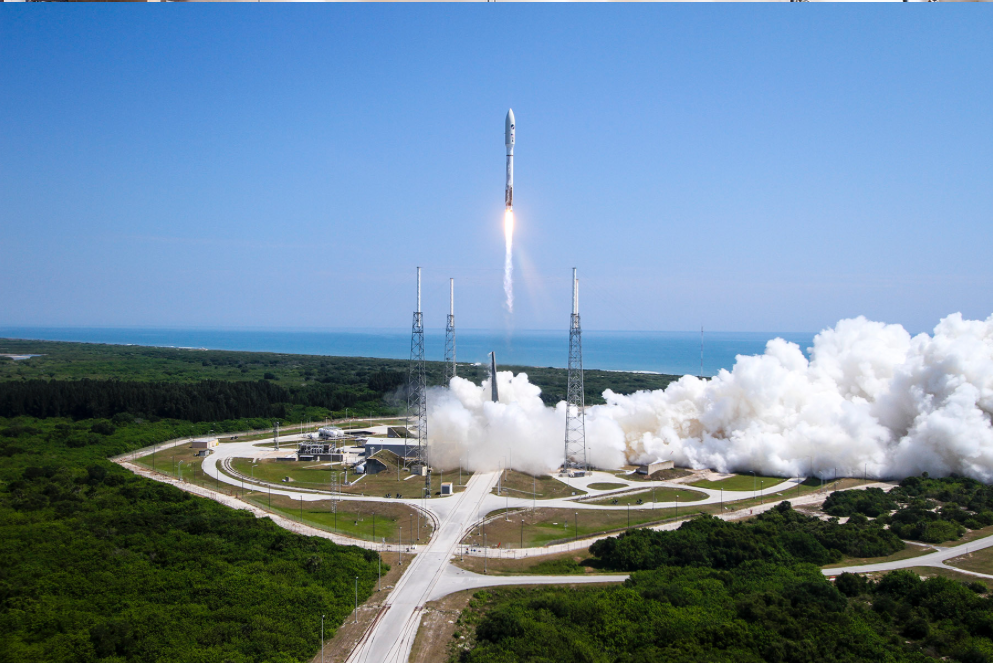 Cape Canaveral Air Force Station, Florida. (May 20, 2015) A United Launch Alliance (ULA) Atlas V rocket successfully launched the AFSPC-5 satellite for the U.S. Air Force at 11:05 a.m. EDT today from Space Launch Complex-41. This is ULA’s fifth launch in 2015 and the 96th successful launch since the company was formed in December 2006.

[SatNews] When there's a launch there are always several agencies/companies involved, and subsequently an announcement from each. Here's the latest from the U.S.A.F. regarding today's liftoff.