Infostellar announced the opening of its Regulatory Affairs Division located in the United Kingdom, and is headed by Andrew Fry, previously the Director of Government Affairs at OneWeb. 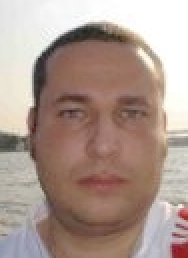 Andrew Fry has over 30 years of Regulatory and Government Affairs experience gained in both the public and private sectors. Before joining the private sector, he worked for the British Government, where he served as the Director of Satellite Telecommunications and Navigation at the British National Space Centre (BNSC) and the UK’s lead representative at the European Space Agency’s Joint Communications (JCB) and Navigation (PBNAV) Programme Boards. He joined the Regulatory Affairs team at Avanti Communications in 2010 and lately OneWeb as the Director of Government Affairs.

Andrew said that it is a great pleasure to join the dynamic and innovative team at Infostellar to lead the newly formed Regulatory Affairs Division. The Regulatory Affairs Division will enable Infostellar to provide a wide range of regulatory and licensing support services to their customers and partners both in the space and ground segments and to facilitate the easy on-boarding of ground stations and satellites into the StellarStation network.

The Regulatory Affairs Division will support ground station owners and satellite operators by aiming to raise the profile of regulatory issues in the small satellite community on the international stage and providing specialized services to facilitate regulatory and licensing compliance, including support for ITU frequency coordination and license application and amendment.