Secretary of State Mike Pompeo warned Iran on Thursday to scuttle its plans for satellite launches that the United States says involve technology that could be used in intercontinental ballistic missiles capable of reaching the U.S. mainland. 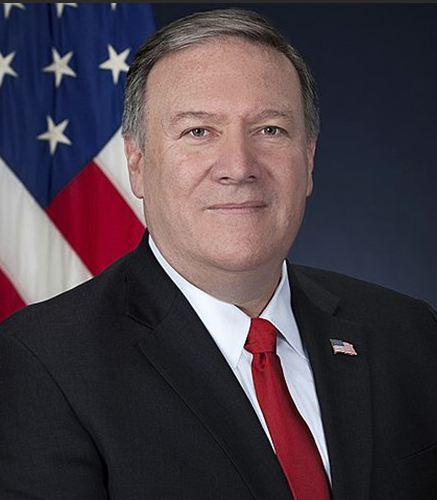 Pompeo stopped short of saying how the United States might react if Iran goes ahead with its announced intention to test three Space Launch Vehicles (SLVs), but his warning suggested that the move could lead to new sanctions.

“The United States will not stand by and watch the Iranian regime’s destructive policies place international stability and security at risk,” Pompeo said in a statement. “We advise the regime to reconsider these provocative launches and cease all activities related to ballistic missiles in order to avoid deeper economic and diplomatic isolation.”

At the end of November, Iranian media reported that the deputy defense minister, Qassem Taqizadeh, said Iran would launch three satellites into space “on various orbits” within a few months. More recently, Iranian news outlets have said the satellites are for telecommunications and suggested a launch is imminent.

Pompeo said the Space Launch Vehicles “incorporate technology that is virtually identical to that used in ballistic missiles.” He said launching them would violate the U.N. Security Council resolution on the 2015 nuclear deal, which “calls upon” Iran to not test ballistic missiles, language that is softer than an outright ban.

Read the rest of the article here