What A Good Blue Origin... Rocket Went Up And Came Down So, Jeff, Time For A Party 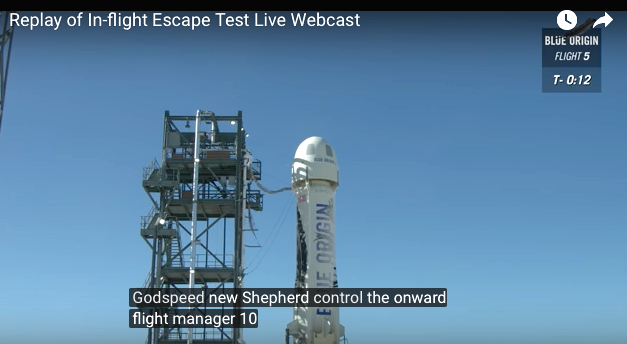 Mr. Bezos, you'd better make room in the museum and hire the caterers. Looks like the mission ran without a hitch, and this is the fifth time your booster went up and came down successfully.  “If the booster does manage to survive this flight—its fifth—we will in fact reward it for its service with a retirement party and put it in a museum.” Despite the fact that even Bezos thought that the Blue Origin rocket, after four successful launches and returns, would be unable to return to Earth unharmed after this fifth test which was an abort test, the system's launch was successful in every way. 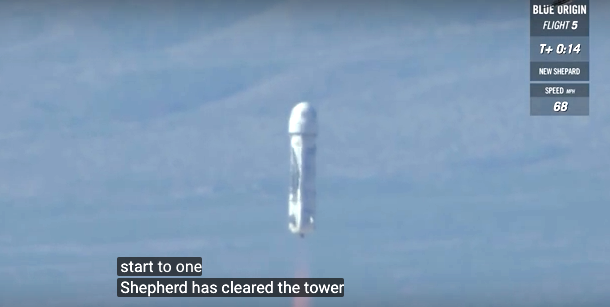 “This test will probably destroy the booster. The booster was never designed to survive an in-flight escape.” Jeff Bezos, Founder Blue Origin. The booster New Shepard, named after Alan Shepard who became the first American in space during a suborbital jaunt in May 1961, consists of a reusable rocket and a capsule and are part of a test to eventually fly people and scientific experiments to and from suborbital space.

Despite the trepidation of Amazon.com's billionaire founder Jeff Bezos', Blue Origin took off and did exactly what it was supposed to do, in a mock

emergency evacuation should there be astronauts on board.  Today's test was to determine if activation of an escape mechanism, escape hatch, would work in the event of a calamity in space for the astronauts. The main goal was to safely return the crew capsule to ground and not recover the New Shepard booster.

But, as a testament to the robustness of the New Shepard rocket, it was returned to Earth for a fifth and what will ultimately be the final time.  The company activated the escape system, which pushed the capsule away to safety, at a very specific point in the launch when the vehicle was experiencing maximum aerodynamic pressure. This crucial point, referred to as “Max Q”, is often considered to be the most stressing moment during launch, as the rocket is pushing through the speed of sound. For this particular New Shepard flight, Max Q occurred around 16,000 feet. And yet when the capsule returned to the Texas facility its entry speed was reduced to just three miles and hour, quite an accomplishment.