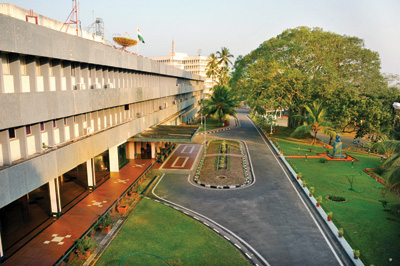 ISRO’s Vikram Sarabhai Space Centre (VSSC) at Thumba, India, has completed the design for the Small Satellite Launch Vehicle (SSLV) — the ‘baby rocket’ is billed as the quickest way to space for small-size satellites — the SSLV promises on-demand access to space, with the rocket assembly taking a mere 15 days and requiring minimum personnel to accomplish the build, VSSC officials stated.

On the launchpad, the SSLV will stand 34 meters (nearly 12 feet) tall, 10 meters (33 feet) shorter than the Polar Satellite Launch Vehicle (PSLV) and around 15 meters (40 feet) shorter than the Mk-II version of the Geosynchronous Satellite Launch vehicle (GSLV). SSLV is also a ‘thinner’ launch vehicle, possessing a diameter of just two meters (6-1/2 feet). 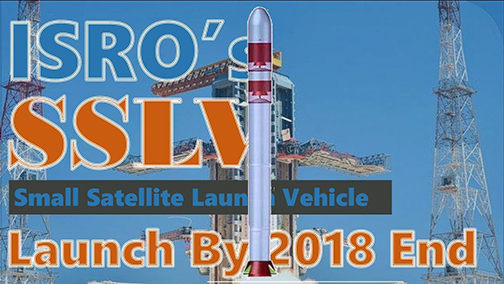 With a lift-off mass of 120 tons, the SSLV can place a 500 kg. payload at a height of 500 km. into LEO. The SSLV has three solid motor stages, and similar to the PSLV and GSLV, can accommodate multiple satellites, albeit smaller ones. Unlike the PSLV and GSLV, the SSLV can be assembled vertically and horizontally. The rocket's bigger siblings are assembled only in an upright position in the assembly bays at the Satish Dhawan Space Centre at Sriharikota.

S. Rakesh, CMD of Antrix Corporation, ISRO’s commercial arm, said that the SSLV is like the old SLV and ASLV, which could be assembled flat on the ground, The launch vehicle is expected to be a money spinner for the corporation, which will be jointly managing the rocket with ISRO.