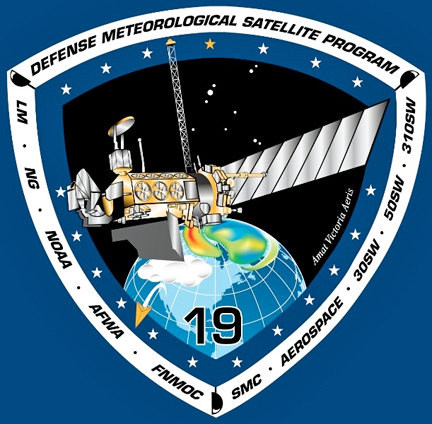 A satellite anomaly resolution team recently closed their investigation into the Defense Meteorological Satellite Program Flight 19 anomaly—as you may recall, the weather satellite stopped responding to commands on February 11th.

The anomaly team determined there was a power failure within the command and control system that affected onboard cryptographic equipment. Due to this failure, commands are unable to reach the command processor. Both the A and B side of the command and control subsystem failed, eliminating the possibility of commanding via a back-up command path. The satellite is not repairable and no further action will be taken to recover it. A power failure, as well as an interface failure, resulted in the loss of both command paths to the control unit.

The team was able to verify the error using approved methods for troubleshooting and identifying root causes of satellite anomalies. The satellite remains in a safe and stable configuration and there have been no ejection or breakup-type events. The operations team is still in contact with the vehicle and will continue to monitor and gather telemetry as long as the vehicle remains pointed toward the Earth.

The satellite continues to provide real-time tactical data to users; however, data received will begin to deteriorate as the satellite's pointing accuracy degrades. When tactical data are no longer available, the satellite will be tracked as one of many space objects for situational awareness and collision avoidance purposes.

At this time, there is no impact to the Department of Defense (DoD) core weather sensing mission and the DMSP constellation remains able to support mission requirements through resilient systems and processes. DMSP Flight-17 is now assigned as one of two primary constellation satellites to reduce any potential impact to users. The other primary satellite is DMSP-18. As has been the case for the past five decades, the constellation continues to provide weather and atmospheric data to users.

While DMSP is an Air Force system, a 1994 presidential directive realigned primary command and control of all United States space-based weather assets under the Department of Commerce’s and National Oceanographic Atmospheric Administration. The DMSP constellation is operated by a coalition of mission partners including NOAA’s Office of Satellite and Product Operations and the 50th Operations Group Detachment 1, both located in Suitland, Maryland. Backup command and control operations are conducted by the 6th Space Operations Squadron located at Schriever AFB, Colorado.