And Now for Something Completely Different — Hey! Who's Flying this Thing? Special Report 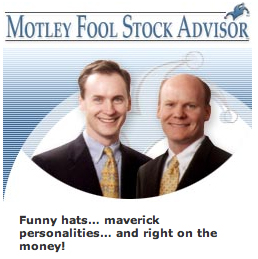 Just as I was putting the finishing touches on this month's update on flying model airplanes ... that kill, what to my wondering eyes did appear, but a miniature airplane, towed by two … hulking journalists. And that, friends, is the reason for today's special report on developments in the burgeoning field of unmanned military aircraft.

Defense investors got a shot in the arm this week as their investment was validated by two completely independent sources: First, the newspaper of record for Wall Street, the Wall Street Journal, ran an article profiling UAVs front and center in Monday's edition. Second, technogeek bible Popular Science devoted its front cover and lead story to the UAV phenomenon. Let's tackle the two articles separately first, then I'll hog-tie 'em together at the end.

A marriage in acronym heaven: WSJ discovers UAVs According to the WSJ, "drone" aircraft, often referred to as "unmanned aerial vehicles" or "UAVs," "are altering the defense-industry landscape." In the process, they're reviving hopes for profits among the companies that make them — Boeing [NYSE: BA], Northrop Grumman [NYSE: NOC], and Textron [NYSE: TXT] being the publicly traded leaders in the field, with General Atomics being the 800-lb. gorilla of the privately owned world.

Bigger than a breadbox, but smaller than a traditional fighter jet, and a whole lot cheaper, drones have the backing of everyone from Defense Secretary Gates all the way down to Chairman of the Joint Chiefs of Staff Admiral Mullen.

What's in your wallet? The Journal puts U.S. UAV purchases in the neighborhood of $1.3 billion in fiscal 2010. That wouldn't buy you even a dozen of Lockheed Martin's [NYSE: LMT] soon-to-be-defunct F-22 Raptor fighter jets, but at less than $12 million a pop, it could purchase more than 100 of General Atomics' bargain-priced Predator and Reaper UAVs. And General Atomics Aircraft Systems President Thomas Cassidy, Jr., thinks there's more money where that came from. According to the Journal, Cassidy expects the Air Force to ultimately buy as many as 375 Reapers.

UAVs get Popular But next month's issue of Popular Science contains data suggesting that the real number could be far larger. Flip open your copy of PopSci to p. 38, and read along with me a couple of pertinent quotes:

"More than a third of the 200 Predators delivered to date have crashed catastrophically, due to both aircraft malfunction and human error."

Now I admit that sounds bad. Nobody likes to hear that the stuff their company makes, breaks. But PopSci gives the impression that while mechanical failures do happen on the Predator, the majority of these accidents were of the human error variety. Plus ... this is the U.S. Air Force we're talking about, folks. You know — the guys who stencil X's on their prototypes, and employ "test pilots?" If anyone can shrug off a few pieces of lost prototype hardware, it's these guys — especially seeing as UAV crashes don't involve dead pilots.

More important to investors, though, is that the more UAVs the Air Force crashes, the more replacements it must buy from the manufacturer. The 375 Reaper purchases, as General Atomics President Cassidy projected, could easily increase in size if the Air Force needs to replace additional units while pilots catch up on the learning curve required to fly the planes.

Help Wanted: Now hiring drill sergeants "...the Air Force is now jamming pilots through its primary [drone] operator school ... to create a cadre of 1,100 drone pilots ... Ideally, there would be 10 crews for every 24-hour air combat patrol to cover all the shifts, maintenance, vacations, and such ..."

Time for a math quiz. PopSci estimates that 70 or so of the 200 Predators delivered to-date have already bit the dust. That leaves about 130 flying — and presumably, being flown by existing pilots. Combine these figures with the Air Force claiming to have 400 current drone pilots manning an extremely stretched-thin seven crews for every 24-hour air combat patrol.

With a little math we can decipher that the Air Force's intended rightsizing of its drone pilot force to 1,100 pilots, using the ideal 10 crews for every 24-hour combat patrol, would provide for continued use of about 250 Predator drones, nearly double the number flying today.

Foolish final thought Some months ago, I introduced you to a quote from Joint Chiefs Chairman Mullen — "There are those that see JSF as the last manned fighter. I'm one that's inclined to believe that." PopSci gifted us with another zinger in its UAV special issue, this one courtesy of Defense Secretary Gates himself: "The solution to future threats is not something that has a pilot in it."