A new partnership with the pioneering satellite-imaging and data company Planet will enable Human Rights Watch to increase substantially the organization's use of satellite imagery to document rights violations around the world. 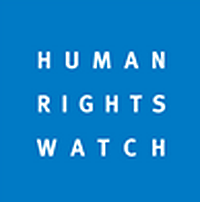 Satellite imagery plays an increasingly important role in exposing abuses, especially in countries where access for human rights investigators is blocked or heavily restricted, such as Burma or Syria.

‎Planet is an integrated aerospace and data analytics company that operates history’s largest fleet of Earth-imaging satellites, collecting a massive amount of information about the changing planet with a core mission of “using space to help life on Earth.” Decision makers in business, government, and nonprofit organizations use Planet’s data and machine learning-powered analytics to develop new technologies, drive revenue, power research, and solve some of the world’s toughest challenges. In November, Planet met its goal of imaging the entire Earth’s landmass every day.

In recent months, satellite images have played a key role in documenting widespread burning of ethnic Rohingya villages in Burma, attacks against schools in Syria, and airstrikes in populated neighborhoods of Mosul, Iraq. Beyond its use in areas of armed conflict, Planet’s data is uniquely suited for research on abuses related to land rights and the environment.

Kenneth Roth, executive director of Human Rights Watch, mentioned that Planet’s generous arrangement with Human Rights Watch, with access to its vast collection of high-resolution satellite data, will help provide timely evidence of unfolding abuses in some of the world’s most dangerous spots. This partnership will boost our ability to monitor complex events as they occur and help identify those responsible for atrocities.

Andrew Zolli, who leads the  global impact initiatives at Planet, furthered Roth's comment by adding that Planet seeks to use itheir groundbreaking technology to promote human rights, protect the Earth, and diminish suffering. As one of the first satellite companies to originate entirely from the civilian sector, Planet is uniquely suited to support Human Rights Watch’s mission of documenting rights abuses wherever and whenever they occur.