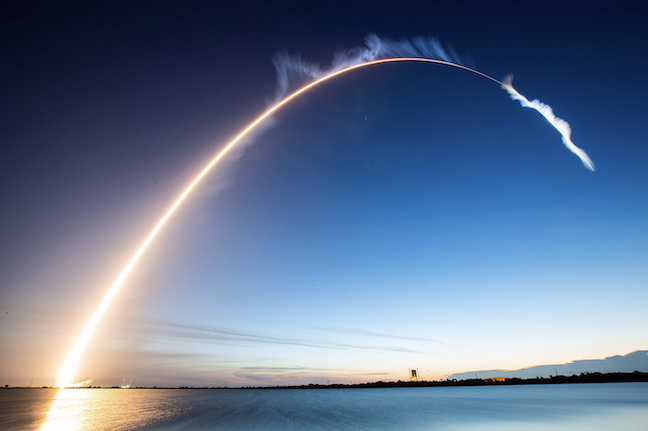 The satellite successfully separated from the launch vehicle upper stage approximately 5 hours and 40 minutes after liftoff and will now undergo approximately 97 days of orbit-raising operations, followed by approximately 30 days of on-orbit testing.

The USAF Space and Missile Systems Center (SMC), the nation’s launch and satellite procurer of choice, ordered the Atlas V 551 for this mission, the most powerful Atlas rocket available. This lift-off marks the 10th Atlas V 551 launch and 80th Atlas V launch.

After these critical events, SMC will be ready to transfer satellite control authority of AEHF-5 to the 14th Air Force. 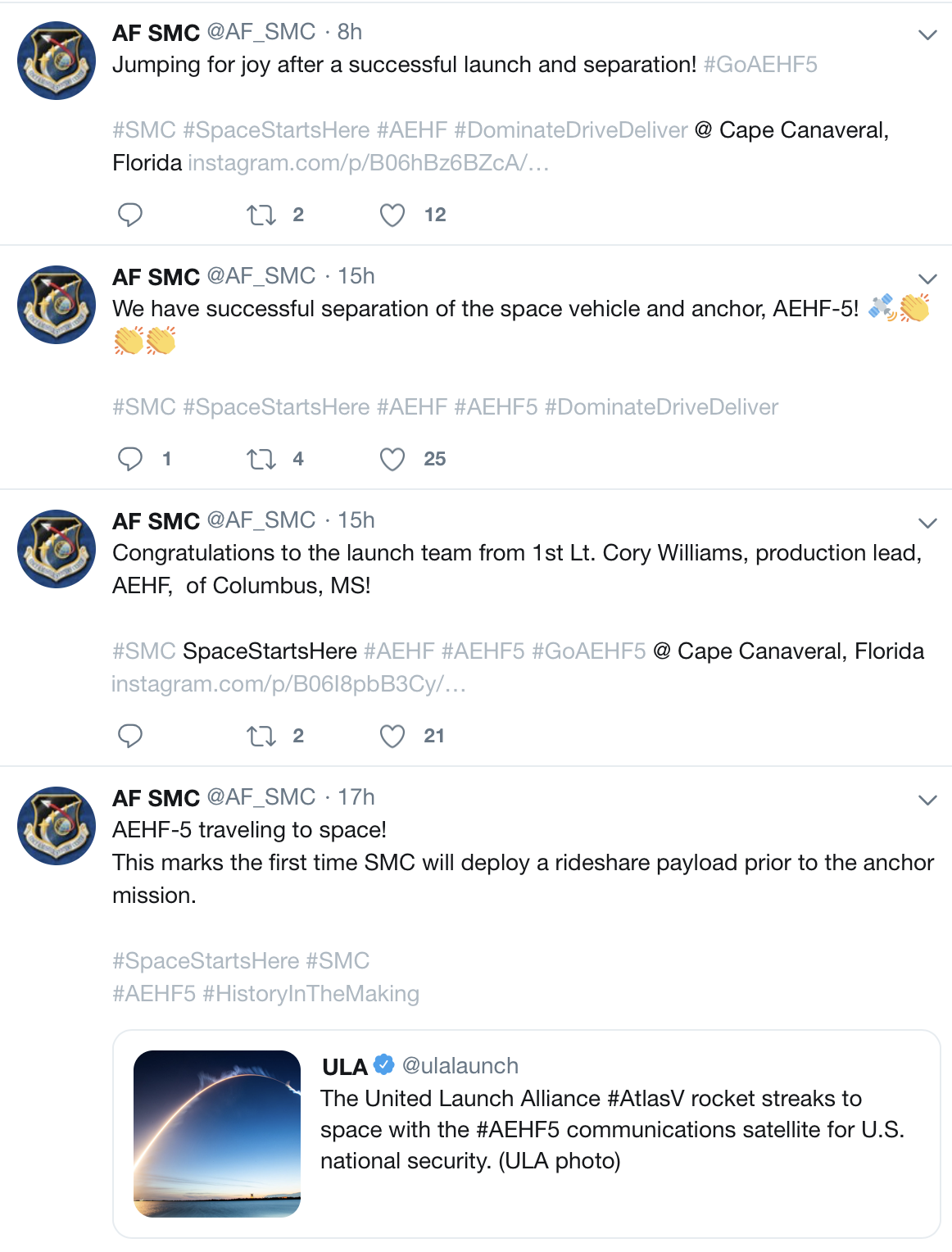 “We are proud of the tremendous efforts by the combined ULA, Lockheed Martin, Aerospace and government team in making this launch such a success,” said Mr. Don Ruffin, SMC’s Strategic SATCOM division chief. “The satellite is healthy and operating as expected. We have now turned our attention to maneuvering it into its final orbital location over the next several months and look forward to many years of service in providing critical communications capabilities to our warfighters around the world.”

SMC-procured AEHF is a joint service satellite communications system that will provide connectivity across the spectrum of mission areas, including land, air and naval warfare; special operations; strategic nuclear operations; strategic defense; theater missile defense and space operations and intelligence. The AEHF system is the follow-on to the Milstar system, augmenting and improving upon the capabilities of Milstar, and expanding the MILSATCOM architecture to enable enhanced capacity and flexibility. AEHF also provides secure communications for our international partners, who receive a proportionate share of AEHF resources based on each country’s respective financial contribution to the program.

SMC procured AEHF-5 from Lockheed Martin Space Systems Company as a part of a firm fixed price contract block buy, which included AEHF-6, for a total cost of $2.15B for both satellites. AEHF-6 is tentatively expected to be delivered in January 2020 and launched in March 2020. SMC plans, acquires and sustains space-based global communications supporting the President, Secretary of Defense and combat forces. SMC’s SATCOM enterprise consists of satellites, terminals and control stations, and provides communications for more than 16,000 air, land and sea platforms.