JAXA's X-Ray ASTRO-H Satellite Is Sunny Side Up... Solar Array Paddles Deployment + Birth Of A Dragon 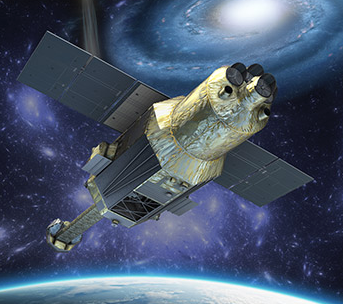 [Satnews] The Japan Aerospace Exploration Agency (JAXA) confirmed that the X-ray Astronomy Satellite (ASTRO-H) has deployed its solar array paddles (SAPs) normally through data transmitted from the satellite and received at the Uchinoura Ground Station at 7:40 p.m. on February 17, 2016. ASTRO-H was launched by the H-IIA Launch Vehicle No. 30 from the Tahegashima Space Center at 5:45 p.m. on the same day.

The Japan Aerospace Exploration Agency (JAXA) confirmed on February 18, that the X-ray Astronomy Satellite “Hitomi” (ASTRO-H) was injected into the planned orbit as follows after its orbit calculation.

The satellite is currently in good health.

The explanation of the name of the satellite is as follows:

ASTRO-H is the eye to study the hot and energetic universe. Therefore we name ASTRO-H, “Hitomi”. The word Hitomi generally means “eye”, and specifically the pupil, or entrance window of the eye—the aperture!

There is also an ancient legend that inspires the name Hitomi.

"One day, many years ago, a painter was drawing four white dragons on a street. He finished drawing the dragons, but without “Hitomi”. People who looked at the painting said “why don’t you paint Hitomi, it is not complete! The painter hesitated, but people pressured him. The painter then drew Hitomi on two of the four dragons. Immediately, these dragons came to life and flew up into the sky. The two dragons without Hitomi remained still.”

The inspiration of this story is that Hitomi is regarded as the “One last, but most important part”, and so we wish ASTRO-H to be the essential mission to solve mysteries of the universe in X-rays. Hitomi refers to the aperture of the eye, the part where incoming light is absorbed. From this, Hitomi reminds us of a black hole. We will observe Hitomi in the Universe using the Hitomi satellite!

For your information, a nano-satellite “PRISM”, which was developed by Profs Nakasuka and Funase laboratory, at the University of Tokyo, and is currently in operation, shares the same name of Hitomi as its nickname. The laboratory kindly accepted our request to use the same name for ASTRO-H, and we would like to express our sincere appreciation for their cooperation.