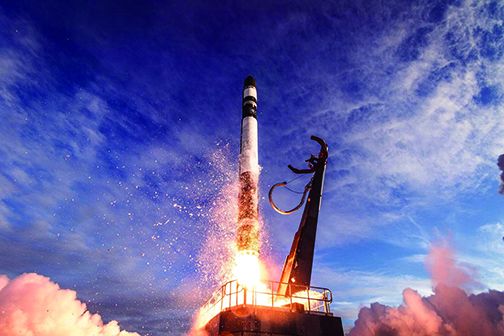 The ELaNa19 mission liftoff aboard an Electron launch vehicle
from New Zealand. Photo is courtesy of Rocket Lab.

On Sunday, December 16, 2018 UTC, Rocket Lab’s Electron launch vehicle successfully lifted off at 06:33 UTC (19:33 NZDT) from Rocket Lab Launch Complex 1 on New Zealand’s Mahia Peninsula. After being launched to an elliptical orbit, Electron’s Curie engine-powered kick stage separated from the vehicle’s second stage before circularizing to a 500x500 km. orbit at an 85 degree inclination. By 56 minutes into the mission, the 13 satellites on board were  individually deployed to their precise, designated orbits.

Until now, launch opportunities for smallsats have mostly been limited to rideshare-type arrangements, flying only when space is available on large launch vehicles. This mission, awarded under a Venture Class Launch Services (VCLS) Agreement, marks the first time NASA CubeSats received a dedicated ride to orbit on a commercial launch vehicle. VCLS is managed by NASA’s Launch Services Program headquartered at Kennedy Space Center in Florida. The next Rocket Lab Electron vehicle will be on the pad at Launch Complex 1 in January of 2019 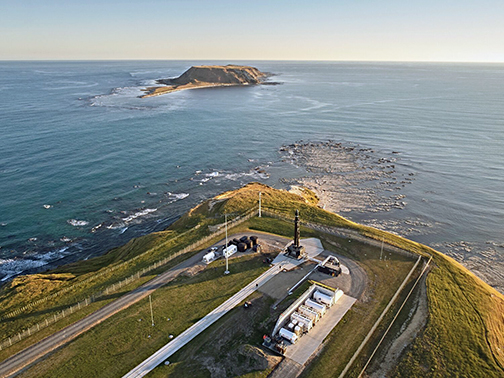 The ELaNa-19 launch webcast can be viewed in full at http://youtu.be/F7Kr3664hJs.

Rocket Lab founder and CEO Peter Beck said that the ELaNa-19 mission represents a forward-thinking approach from NASA to acquiring launch services and recognizes the increasingly significant role small satellites are playing in exploration, technology demonstration, research and education. The ELaNa-19 mission was a significant one for NASA, the Rocket Lab team and the small satellite industry overall. To launch two missions just five weeks apart, and in the first year of orbital flights, is unprecedented. It’s exactly what the small satellite industry desperately needs, and Rocket Lab is proud to be delivering it. Regular and reliable launch is now a reality for small satellites. The wait is over — the company is now providing small satellite customers with more control than they’ve ever had, enabling them to launch on their own schedule, to precise orbits, as frequently as they need to.

NASA ELaNa-19 Mission Manager Justin Treptow added that the cubesats of ELaNa-19 represent a large variety of scientific objectives and technology demonstrations. With this the first launch of a Venture Class Launch Service on the Rocket Lab Electron, NASA now has an option to match their small satellite missions with a dedicated small launch vehicle to place these satellites in an optimal orbit to achieve big results.