[SatNews] But the locations and identity of the natural "sinks" absorbing this carbon dioxide currently are not well understood.

A NASA spacecraft designed to make precise measurements of carbon dioxide in Earth's atmosphere is at Vandenberg Air Force Base, California, to begin final preparations for launch.

The Orbiting Carbon Observatory-2 arrived Wednesday at its launch site on California's central coast after traveling from Orbital Sciences Corp.'s Satellite Manufacturing Facility in Gilbert, Arizona. The spacecraft now will undergo final tests and then be integrated on top of a United Launch Alliance Delta II rocket in preparation for a planned July 1 launch. 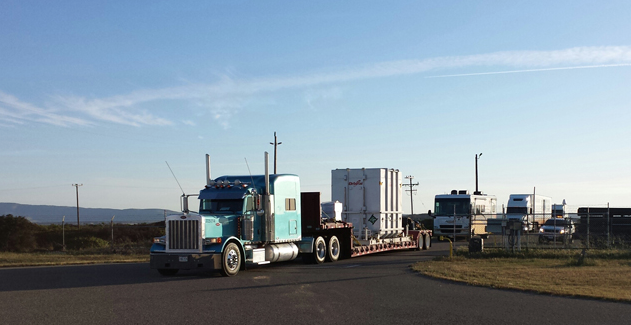 The observatory is NASA's first satellite mission dedicated to studying carbon dioxide, a critical component of Earth's carbon cycle that is the leading human-produced greenhouse gas driving changes in Earth's climate. It replaces a nearly identical spacecraft lost due to a rocket launch mishap in February 2009.

OCO-2 will provide a new tool for understanding both the sources of carbon dioxide emissions and the natural processes that remove carbon dioxide from the atmosphere, and how they are changing over time. Since the start of the Industrial Revolution more than 200 years ago, the burning of fossil fuels, as well as other human activities, have led to an unprecedented buildup in this greenhouse gas, which is now at its highest level in at least 800,000 years. Human activities have increased the level of carbon dioxide by more than 25 percent in just the past half century.

Greenhouse gases, such as carbon dioxide, trap the sun's heat within Earth's atmosphere, warming it and keeping it at habitable temperatures. However, scientists have concluded that increases in carbon dioxide resulting from human activities have thrown Earth's natural carbon cycle off balance, increasing global temperatures and changing the planet's climate.

While scientists understand carbon dioxide emissions resulting from burning fossil fuels and can estimate their quantity quite accurately, their understanding of carbon dioxide from other human-produced and natural sources is relatively less quantified. Atmospheric measurements collected at ground stations indicate less than half of the carbon dioxide humans emit into the atmosphere stays there. The rest is believed to be absorbed by the ocean and plants on land.

But the locations and identity of the natural "sinks" absorbing this carbon dioxide currently are not well understood. OCO-2 will help solve this critical scientific puzzle. Quantifying how the natural processes are helping remove carbon from the atmosphere will help scientists construct better models to predict how much carbon dioxide these sinks will be able to absorb in the future. 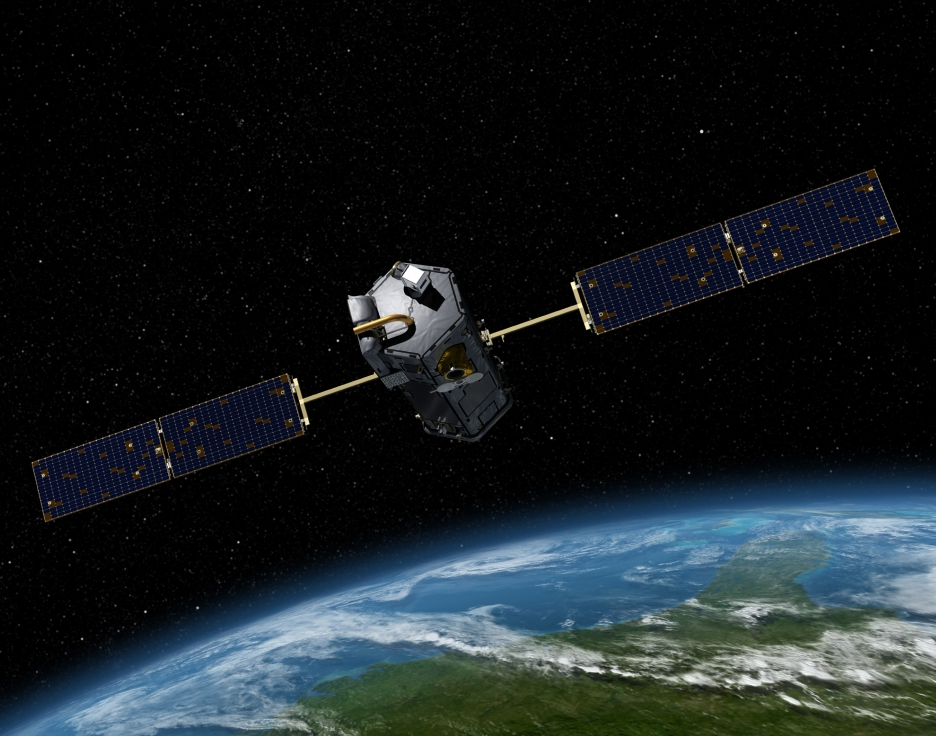 The mission's innovative technologies will enable space-based measurements of atmospheric carbon dioxide with the sensitivity, resolution and coverage needed to characterize the sources of carbon dioxide emissions and the natural sinks that moderate their buildup, at regional scales, everywhere on Earth. The mission's data will help scientists reduce uncertainties in forecasts of how much carbon dioxide is in the atmosphere and improve the accuracy of global climate change predictions.

In addition to measuring carbon dioxide, OCO-2 will monitor the "glow" of the chlorophyll contained within plants, a phenomenon known as solar-induced chlorophyll fluorescence, opening up potential new applications for studying vegetation on land. NASA researchers, in collaboration with Japanese and other international colleagues, have discovered that data from Japan's GOSAT (Greenhouse gases observing SATellite, also known as Ibuki in Japan), along with other satellites, including OCO-2, can help monitor this "signature" of photosynthesis on a global scale.

The observatory will fly in a 438-mile (705-kilometer) altitude, near-polar orbit in formation with the five other satellites that are part of the Afternoon, or "A-Train" Constellation. This international constellation of Earth-observing satellites circles Earth once every 98 minutes in a sun-synchronous orbit that crosses the equator near 1:30 p.m. local time and repeats the same ground track every 16 days. OCO-2 will be inserted at the head of the A-Train. Once in this orbit, OCO-2 is designed to operate for at least two years. This coordinated flight formation will enable researchers to correlate OCO-2 data with data from other NASA and partner spacecraft.

OCO-2 is a NASA Earth System Science Pathfinder Program mission managed by NASA's Jet Propulsion Laboratory in Pasadena, California, for NASA's Science Mission Directorate in Washington. Orbital built the spacecraft and provides mission operations under JPL's leadership. The science instrument was built by JPL, based on the instrument design co-developed for the original OCO mission by Hamilton Sundstrand in Pomona, California NASA's Launch Services Program at NASA's Kennedy Space Center in Florida is responsible for launch management. JPL is managed for NASA by the California Institute of Technology in Pasadena.

For more information about the Orbiting Carbon Observatory-2, visit.

NASA monitors Earth's vital signs from land, air and space with a fleet of satellites and ambitious airborne and ground-based observation campaigns. NASA develops new ways to observe and study Earth's interconnected natural systems with long-term data records and computer analysis tools to better see how our planet is changing. The agency shares this unique knowledge with the global community and works with institutions in the United States and around the world that contribute to understanding and protecting our home planet. OCO-2 is the second of five NASA Earth science missions launched into space this year, the most new Earth-observing mission launches in the same year in more than a decade.

For more information about NASA's Earth science activities in 2014, visit.