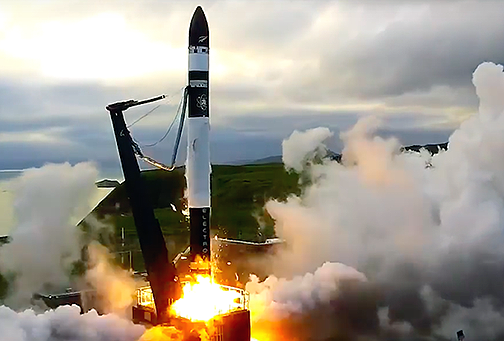 A Rocket Lab Electron rocket blasts off from the company's launch site in New Zealand.

All three missions will lift off from the Rocket Lab Launch Complex 1 on the Mahia Peninsula in New Zealand and dispense the customer spacecraft into LEO. Spaceflight has procured the launch capacity on behalf of its customers and will provide mission campaign integration services. Rocket Lab will assist with satellite to launch vehicle integration and will provide the launch service to orbit using the Electron.

Following on the success of Canon Electronics’ experimental Earth observing CE-SAT-I smallsat, which was launched in 2017, the company secured launch services with Spaceflight via Rocket Lab’s Electron rocket.

Dr. Nobutada Sako, group executive, Satellite Systems Lab, Canon Electronics Inc., said that this launch is critical for Canon Electronics, as the company is launching two satellites built with all of the components made by Canon Electronics. CE-SAT-I Mark II is Canon's first mass-production model and CE-SAT-II is a model equipped with two cameras with different resolutions. Just as Canon provides world premium technologies, sales, and services, the company believes Spaceflight and Rocket Lab offer the same premium services to their clients and look forward to a long-term partnership with them. 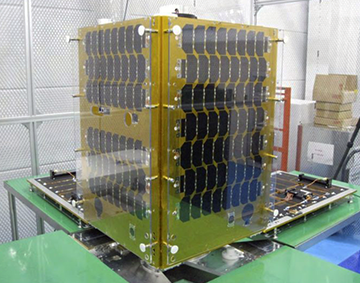 This deal cements Spaceflight’s first missions aboard the Electron rocket and signifies the company’s continual expansion of dedicated rideshare missions to small launchers.

Melissa Wuerl, Spaceflight’s VPof business development, noted that adding the Electron to the firm's portfolio of small launch vehicles fulfills a need for customers to access space with shorter lead times. In addition to providing rideshare services on other organizations’ missions, the company is pleased to offer first-class integration services and dedicated launches for customers on the Electron rocket.

Rocket LabFounder and CEO, Peter Beck, added that rapid and repeatable access to space is crucial for the development of vital infrastructure on orbit,. In partnering with Spaceflight, Rocket Lab delivers streamlined launches and enables innovative missions like those of Canon Electronics and BlackSky.