G'day as OHB Heads to Australia to International Astronautical Congress

All packed and heading to Australia to the International Astronautical Congress where this company will deliver more than 20 presentations from their representatives.

Board members and experts from all companies within the Bremen-based space and technology group OHB SE are traveling to Adelaide, Australia, to attend the International Astronautical Congress IAC at which space agencies, the space technology industry and also scientists will be present in large numbers. The organizers have accepted more than 20 presentations from representatives of the OHB SE subsidiaries OHB System AG, MT Aerospace AG and Antwerp Space.

These will be covering the broad expertise held by OHB as a high-tech company and providing an insight into the project work currently being performed:

They are accompanied by future Earth observation systems and new approaches in telecommunications, navigation and services.

With approximately 4,000 participants, the International Astronautical Congress has evolved into the world’s largest annual space congress. The 68th IAC Congress is taking place in Adelaide, Australia, on September 25-29, 2017. 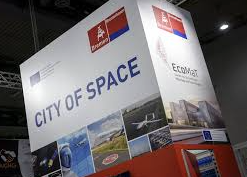 OHB SE Management Board member Dr. Fritz Merkle said that intensive sharing across their industry particularly on future issues and technologies will help them to determine where they as a group can make a contribution and what key skills will be required in the future. Merkel continued that obviously, New Space will also be a big issue in Australia. As OHB worked on New Space projects before this term had even been coined, they consider themselves to be well positioned in this regard.

In addition to the comprehensive Conference program, the IAC will also be featuring presentations by various space agency heads, an astronaut day, an industry day as well as an exhibition and a varied range of activities.  Once again, OHB will be present at the joint stand organized by Wirtschaftsförderung Bremen.

Next year, the IAC will be coming to Bremen, the “City of Space”. It will be organized and executed on behalf of the State of Bremen by the Center of Applied Space Technology and Microgravitation (ZARM) of the University of Bremen. Together with ZARM and the State of Bremen, the German Aerospace center (DLR), Bremen-based high-tech group OHB SE, MT Aerospace, Airbus Defence and Space and ArianeGroup will be joining forces for IAC 2018 to form Team Germany in order to highlight the crucial importance that space has for Bremen as an economic hub and the rest of Germany.