Aerojet Rocketdyne... Stand Back As The RS-25 Powerful Beast Of An Engine Roars Into Life...Again

They did it again, only longer this time. Aerojet Rocketdyne, a subsidiary of Aerojet Rocketdyne Holdings, Inc. (NYSE:AJRD), tested NASA’s Space Launch System (SLS) RS-25 development engine, 0528, at NASA’s Stennis Space Center in Mississippi, where it passed its 650 second endurance test. This engine was previously known as the Space Shuttle Main Engine, and enjoys a long history of transporting humans to the Space Shuttle.

Testing of the RS-25 began last year began with upgraded controllers that will be part of the demanding requirements of SLS for its maiden flight in 2018. This test with engine 0528, the second development engine, provides an additional engine sample for overall evaluation. 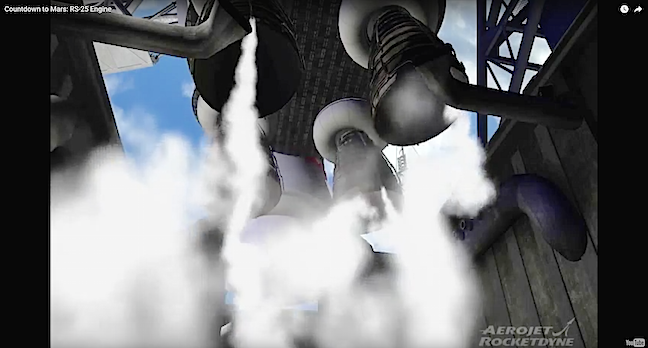 Aerojet Rocketdyne CEO and President Eileen Drake said, “When we send astronauts to deep space destinations, including Mars, we want them to be riding on the safest, most reliable launch vehicle, which is why we are testing the RS-25 engines under multiple scenarios to ensure America’s next heavy-lift rocket will have the performance needed to take our astronauts deeper into space.”

According to Jim Paulsen, vice president for NASA programs at Aerojet Rocketdyne, “During flight, the RS-25 engines will endure more heat, pressure and thrust on SLS than on the space shuttle. Four RS-25 engines will fly at the bottom of the SLS core stage with each operating at 109 percent power level, as opposed to three on the space shuttle operating at 104.5 percent power level. The solid rocket booster motors will also be closer in position to the RS-25 engine cluster this time around, and the taller core stage will result in higher propellant inlet pressure on the engine system.  All of this adds up to multiple ground tests to ensure astronaut safety.”

CEO Drake added, “Stennis is our go-to site to put our engines through rigorous testing; this is where we assemble and test our RS-25, RS-68 and AR1 engines. Mission success is our number one priority and testing at Stennis is critical to providing the nation with next generation propulsion capabilities.”