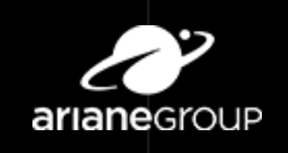 ArianeGroup and Arianespace welcome the decisions regarding access to space taken by the representatives of the European States at the meeting of the European Space Agency Ministerial Council in Seville, Spain.

ArianeGroup and its European industrial partners are initiating the transition between Ariane 5 and Ariane 6 and preparing for the future of European access to space.

Ariane 6 is a European Space Agency program; the inaugural flight is scheduled for the second half of 2020. Following the success of the 250th Ariane launch, the Seville decisions strengthen Arianespace’s launch services, including marketing and operating the European Ariane and Vega launch vehicles.

ArianeGroup, lead contractor and design authority for Ariane 6, and its subsidiary Arianespace, which markets and operates the Ariane 5, Ariane 6, Soyuz, Vega, and Vega C launchers, welcome the important decisions benefiting the European launch industry, crucial for independent access to space, at the Ministerial Council of the European Space Agency (ESA) in Seville, Spain.

These decisions allow the start of the transition between the two launch systems, i.e., the end of Ariane 5 operations and Ariane 6 ramp-up to full operational capacity in 2023. With the funding approved for the next three years, they also secure the development of the main technological building blocks needed to keep Ariane evolving towards ever-greater competitiveness, such as the demonstrators for the new low-cost Prometheus engine, the Icarus ultra-light carbon upper stage, and the reusable Themis stage.

In addition to the inaugural Ariane 6 flight scheduled for the second half of 2020, series production of the first 14 Ariane 6 launchers — scheduled to fly between 2021 and 2023 — is underway at ArianeGroup sites in France and Germany, as well as at European industrial partner sites in the 13 countries taking part in the Ariane 6 program.

Ariane 6, an ESA program, will be a versatile, competitive launcher specifically designed to be able to adapt to changes in the market. It is modular and will be available in two versions, Ariane 62 (two P120 solid-fuel boosters common with Vega-C) and Ariane 64 (four P120 solid-fuel boosters), so that it can carry out all missions, to all orbits, and guarantee continued European access to space.

Industrial lead contractor for development and operation of the Ariane 5 and Ariane 6 launchers, ArianeGroup coordinates an industrial network of more than 600 companies (including 350 SMEs) in 13 European countries. Arianespace is responsible for operating Ariane, Soyuz, and Vega launch systems. It is in charge of marketing the launchers and guarantees their flight readiness as well as preparing missions on behalf of its customers.

André-Hubert Roussel, CEO of ArianeGroup, said, "Each ESA Ministerial Council produces ground-breaking decisions which have marked the 40-year history of Ariane, such as the decision to begin Ariane 6 development in 2014, or the one greenlighting the future Prometheus engine in 2016. The Seville Space19+ conference now gives us the means to take these successes further, with the ramp-up of Ariane 6 and funding for innovative technology demonstrators. These are absolutely essential to ensure the lasting competitiveness of our new launcher and to carry out long-term preparations for the future of European launchers,” said . “I wish to pay tribute to the commitment shown by the European Space Ministers and to the quality of the work of ESA Director General, Jan Wörner, and his teams, in close collaboration with the national agencies. The confidence placed in the expertise of ArianeGroup and our European launch industry partners is a true sign of recognition, and it boosts our determination to strive always for even greater competitiveness and innovation.”

Stéphane Israël, CEO of Arianespace, stated, "Just a few months before Arianespace’s 40th anniversary, the decisions taken by the Ministers of the ESA Member States at the Space19+ Council meeting mean that the entire European launch industry can look to the coming decade with confidence. Ariane 6 and Vega C are the solid cornerstones on which we will build our collective future successes. From our industrial lead contractors’ plants to the European spaceport in Guiana, the national contributions brought together under the ESA framework will play a key role in making a success of the transition from Ariane 5 to Ariane 6 and from Vega to Vega C. The programs approved for the joint upgrade of Ariane 6 and Vega C will make innovation and competitiveness benefit all our customers. With the first flights of our future launchers only a few months away, we commend the commitments made by the Member States, and the work done by the teams at the European Space Agency. These commitments are the means for ensuring a long-term powerful presence in the commercial market and the guarantee of independent access to space for Europe, which is Arianespace’s primary mission.”