Mega-constellations consisting of tens, hundreds and even thousands of satellites in non-geostationary orbits (NGSOs) are now being proposed to bring affordable broadband and other services to the world. However, investors in and operators of such constellations must clear multiple hurdles before getting their hardware off the ground, including rounds of technical reviews, securing financing and gaining regulatory approvals. 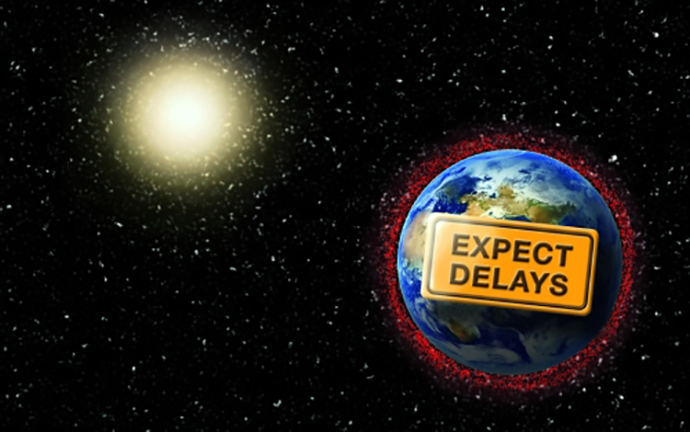 Even after receiving orbital and spectrum licenses, these proposed mega constellations risk significant delays because they must be deployed within a defined period and failure to do so has onerous consequences. Once regulatory approvals have been met, constellation operators may still face a shortfall of launch vehicles, satellites and ground systems or launch site processing issues, cancellations and flight anomalies.

The paper also offers ideas for better understanding prospects for delays, such as analysis of historical delay data coupled with event simulation, which can help operators and investors understand, plan for, and ideally mitigate these potential delays. Delay risk can be mitigated by actions such as adding launch processing infrastructure, increasing workforces, using overtime judiciously, and having ample schedule margin, as well as potentially policy and rule changes to facilitate government relief for those actors not directly responsible for delays.

Dr. Grant Cates, lead author on the study, said that, currently, it seems that everyone from private industry to the national security sector to high school engineering programs wants to get more into space. This paper explores what could happen with far greater launch demand and what might be done to mitigate risks and negative impacts. A proposed constellation of 100 satellites that manages to launch only 40 by a given regulatory milestone might have to start the licensing process for the remaining 60 satellites all over again. This becomes a significant investment risk, especially for startup companies that may have limited early revenues and small capital reserves.

Dr. Jamie Morin, VP of Aerospace and Executive Director of the CSPS, added that this is an exciting time for space launch. All the new players in an increasingly crowded and democratized space environment create new demand for launches.  If demand for launches approaches current capacity limits, the risk of cascading delays will grow. Investors, government agencies, and other space stakeholders who rely on launch services will want to understand those risks and how to communicate them, and this paper provides a framework for that.