[SatNews] To observe the 12th anniversary of its growing business presence in the Middle East, Globecomm reported that the demand for its services and expertise in three of its vertical markets (Maritime, Media and Enterprise) were up 300 percent during the past 12 months.  The increase includes projects for the region’s award-winning technology and telecommunications providers, governments and NGOs.  The company attributed its success to strong relationships with global service providers, including some of the world’s best satellite fleet operators and local partners throughout the region. 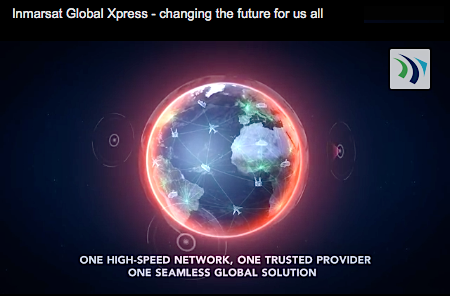 As part of its participation at CABSAT 2015, Globecomm will host a Technology Forum on March 9 at CABSAT.  The event will be a demonstration of new technology related to the company’s Ka-band mobile satellite service and Inmarsat’s Global Xpress. The event will take place at the offices of Inmarsat Dubai in Deira.

According to Patrick Visser, Vice President of Business Development for Globecomm in the EMEA Region, the design and implementation of complex, custom-made networks and mission-critical services for a range of public and private sector clients, including those in oil and gas, enterprise, government and maritime, has contributed to a record backlog of orders which thus far exceeds US$130 million in FY2015 and positions the company for a strong FY2016, starting in July.

Visser stated, “Our results were gained by building strong relations with customers and engaging in partnerships with satellite operators, innovative telecommunications companies and other regional partners that have made Globecomm part of the culture in a part of the world where culture and traditional values are important for business.  Today the Middle East has become a part of the world that is quickly adapting to the potential of the digital age.  We like to think we have been a part of that transition.”

According to Globecomm the company will continue to experience growth in a number of emerging vertical sectors, including M2M and wireless.  Globecomm recently completed installation of a VSAT network in the region which connects “super yachts” in the Mediterranean Sea region.

Globecomm’s range of contracts show the diversity of its services and clients.  Clients include foreign governments in need of secured communication services over satellite in Egypt, Greece, Iraq and the UAE.  The company noted its work to provide redundant satellite and telecommunications services in connection with Iraq’s Rumaila oil field, which produces over 10 percent of that nation’s oil reserves.  The company pointed to its role in supporting important global NGOs, like UNICEF and the United Nations, as evidence of the value of its international reputation.  For these groups, the company is providing secure VSAT networks between remote locations to enable data traffic, email, Internet access and VoIP services which help government and NGOs perform their important missions.

Globecomm said it will also announce in March two major awards in the region, one for a globally acclaimed teleport operator and another for a major cultural institution in the Kingdom of Saudi Arabia.