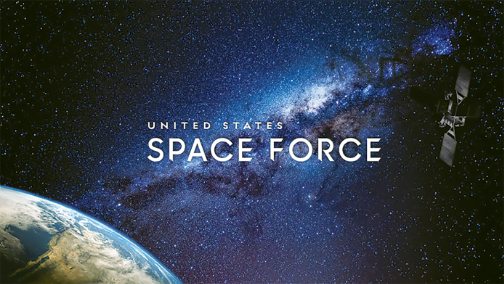 Eighty-six graduates from the United States Air Force Academy celebrated receiving their diplomas April 18 and moved directly into the U.S. Space Force, marking the first infusion of commissioned personnel into the new service since its creation last year.

Vice President Mike Pence was in attendance at the event and congratulated the entire graduating class.

“Two years ago, President Trump laid out a bold vision for American leadership in space,” said Pence.  “Last December, the president made that vision a reality when he put his signature on a historic law that created the six branch of our armed forces, the United States Space Force. I am proud to stand here today as 86 members of the Air Force Academy’s class of 2020 will commission as the first company grade officers of the Space Force.” 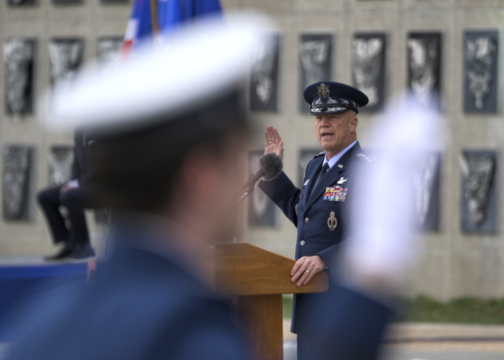 U.S. Air Force Secretary Barbara Barrett commented on the vital role these new officers will play in defense of the nation and in the newest branch of the U.S. military.

“As our nation’s first Space Force lieutenants, these leaders will defend democracy and protect the ultimate high ground of space,” said Barrett. “As they depart the Academy today, they will join the ranks of air and space power pioneers. They will be instrumental in building a lean, agile and forward-looking Space Force defending our nation, our allies and our American interests in space.”

While approximately 16,000 military and civilians from the former Air Force Space Command are now assigned to the Space Force, the arrival of these newest officers signals that the new service is taking a significant step toward filling its ranks.

“The class of 2020 will go down in history as the very first class to commission officers directly into the U.S. Space Force,” said Raymond. “I couldn’t be more excited for you and for us.  Although we have 16,000 Active Duty Airmen and civilians assigned to the Space Force officially on the Space Force scrolls, you are numbers 3 through 88. You are our future, and I need you to be bold as you will build this service from the ground up. You will help define our warfighting culture, build the Space Force as the first digital service, and lay the foundation of a service that is innovative and can go fast in order to stay ahead of a significant and growing threat." 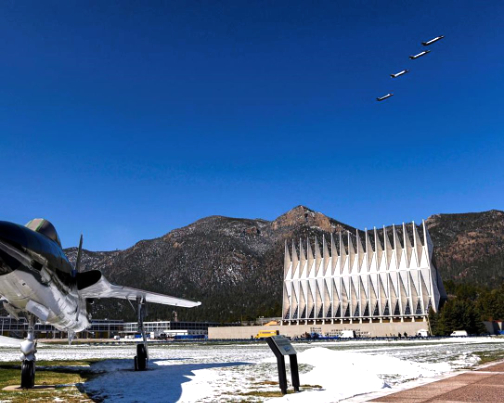 The 86 newest members of the Space Force will fill a variety of roles, the majority of whom are assigned to the space operations career field and will be moving to Vandenberg Air Force Base, California, to begin undergraduate space training. The remaining members are assigned to a variety of career fields, such as cyberspace operations, intelligence, developmental engineer and acquisitions manager, and will go to their respective initial skills training locations across the country. Upon completion of training, all 86 will be assigned to a Space Force unit.

Cadet First Class Justin Bishop, prior to the ceremony, said, "For me, commissioning into the Space Force is going to be an amazing opportunity to not only help establish a new branch of the military, but also to learn about and fight in arguably the most important war fighting domain. When I enlisted in the Air Force seven years ago, commissioning as an officer or having a career in Space Ops were not options I envisioned for myself, but now I’m doing just that.  I couldn't be more excited about this opportunity and the experiences that are going to come from being an officer in the Space Force."

Bishop is a prior enlisted aircrew flight equipment journeyman who first attended the USAFA preparatory school and then the academy through the leaders encouraging airman development commissioning program. As a new space operations officer, he will head to VAFB for training when approved to travel amidst the COVID-19 restrictions.

Created by an act of Congress, the Space Force came into existence on December 20, 2019, with a mandate to organize, train and equip a force that protects U.S. and allied interests in space. It must also be able to provide space capabilities to the joint force through the combatant commands.

Over the next 18 months, the Space Force will define its organizational structure and move personnel into the service through military transfers and accessions, and civilian new hires and assignments. As military transfers are complete, there will be roughly 6,500 military personnel in the Space Force, while approximately 3,500 civilians will remain Department of Air Force civilians assigned to the new service. In addition, there will be around 6,000 Air Force personnel, military and civilian, assigned to the Space Force to provide the base operational support functions such as medical, logistics, personnel, finance, and security forces.

The next step in personnel planning begins May 1, when currently serving active-duty Airmen eligible to transfer to the Space Force will be able to volunteer to do so, with transfers expected to start around Sept. 1.